The model of Window of Tolerance and the Polyvagal Theory have been very useful to make sense of what we do in trauma therapy. What they have in common is the underlying assumption that life is interaction with threats and opportunities, and that much of our responses are implicit, modulated through the autonomic nervous system.

This article proposes a simple integration of the two approaches. This integration helps further clarify what we do in therapy, and what we mean by mindfulness. Much of the article can be grasped through a few charts, with relatively few words of explanation.

The Window of Tolerance 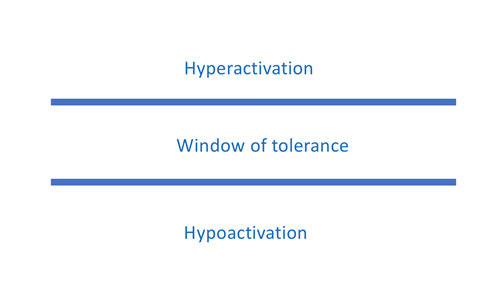 This theory has the following implications:

– What we call the Window of Tolerance might be better conceived of as a Window of Mindful Engagement. Within this window, it is not just that sympathetic and parasympathetic activity pretty much balance each other out. It is a window within which the ventral vagal network is activated, modulating social engagement.
– Under threat, the networks are activated in a specific order, ranging from most sophisticated to most primitive. Specifically, we first attempt to respond to threat through the ventral vagal network (social engagement). Then through the sympathetic network (fight or flight). Then, when all else fails, through the most primitive network, the dorsal vagal (freeze, “deer in the headlights”).
– Hence, there is a difference between activation of the dorsal vagal when there is low stimulation (falling asleep) and when there is too much stimulation for other networks to handle (freeze).

In ordinary life, we ideally function within a window of Mindful Engagement. We also encounter situations where stimulation is not enough to keep us engaged (dorsal), and moments where threat is so strong that we are in fight or flight mode (sympathetic).

Talking in terms of networks (ventral vagal, sympathetic and dorsal vagal) means that we are not just talking about a quantitative difference in the amount of activation, but a qualitative difference. The activation of a network corresponds to a reorganization of the whole organism, i.e. a self-state. Hence the descriptive names in the chart above: For instance, the range where the ventral vagal network is activated is described as a self-state of Mindful Engagement.

A different sense of self

This model corresponds to a different sense of self, and of what agency is, than the old models that rely on cognition and will. Much of what happens is bottom up, as opposed to top down. Much of it is implicit rather than explicit.

This is why I like to use the metaphor of “Sunflower Mind”. It captures the way our whole organism is “reorganized” as the autonomic nervous system responds to interactions with life from the bottom up—not through intellect or will—just like a sunflower.

But this does not mean that we have no agency. It’s just that agency is no longer seen as synonymous with intellect or willpower, but as a much subtler process that has to do with getting a sense of the phenomenology of interaction.

Change can occur from a shift in circumstances and/or a shift in perspective:
– Not focusing on changing one thing but looking at the ecosystem in which it is occurring.
– Intentionality: e.g. shifting from the “disengaged” state by finding something to be interested in.

“Resourcing” in therapy is not just about lowering nervous system activation. It is to give the client the experience of a self-state (Mindful Engagement / ventral vagal mode)
in which it is possible to conceive of having different self-states.

A different sense of mindfulness

There window of Mindful Engagement is the range within which the social engagement system (ventral vagal) is activated. It is also the window within which the sympathetic network and the dorsal vagal network are pretty much in balance. The key concept here is “pretty much in balance”, as opposed to saying that they are totally neutralizing each other. This means that, within the window of Mindful Engagement, there is quite a range of self-states, depending on the relative level of activation of the sympathetic network and of the dorsal vagal network.

With relatively more sympathetic activation (within the range of Mindful Engagement), we experience self-states of playfulness. At even higher levels, we have the experience of “grace under pressure” or of being in the “zone” of peak performance that athletes aspire to.

With relatively more dorsal vagal activation (within the range of Mindful Engagement), we experience self-states of intimacy. The word is not meant as a euphemism for sex, but as a way to describe the sense of openness and closeness that comes from feeling comfortable with our vulnerability because we feel safe. At even higher levels, we have the experience of relaxed alertness, or of blissful contemplation (not a state of escaping reality but feeling one with the world while being able to function in it).

This chart takes mindfulness away from a narrow context in which it is solely defined as the practice of meditation. It provides a sense of what it is that we have to look forward to in life, if we cultivate our potential to experience it.

In therapy, keeping in mind the richness of the window of Mindful Engagement helps us keep our focus on the big picture: We help our clients get more out of life.

There will be an opportunity to discuss your questions and comments via Zoom with Serge Prengel.

After registering, you will receive a confirmation email containing information about joining the meeting. 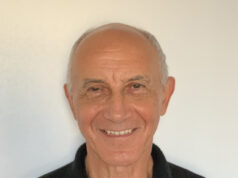 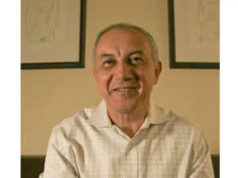 Active Pause® Part 2: If the pause is a natural part of the human process, does it mean it always comes easily to us? 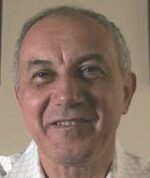 Richard Schwartz about dealing with our inner conflicts