“When I was a child, Christmas happened on Christmas Eve. Mom, dad, sister, and I piled into the car and drove around the empty streets looking for Rudolf’s nose. I remember the silence illuminated by twinkling Christmas trees in windows and the slow, steady headlamps of whatever Chrysler dad was driving that year. But we were looking for the special light. The red one. Since we lived beneath the flightpath of the San Jose airport, it was not hard to find red blinking lights in the sky. Every year the question remained, “Which one is Rudolf’s nose?” It didn’t matter. My sister, Jenny, and I usually pointed one out and exclaimed, “There it is!” Mom and dad always answered with, “Let’s drive around a bit more, look at the neighborhood Christmas lights to give Santa time to bring your presents.” We did not complain because we knew that gifts were waiting under the tree when we returned home. It was like magic.

The fact is, my sister has always been an advocate of tradition, especially the holiday variety. It brings her a certain kind of comfort and, dare I say, joy. She, the lone extrovert in the family, was a girl who slung one of mom’s old purses over her arm, asked for a clipboard, and took on the role of cruise director for all holidays. She was going to make sure that our holidays were going to be FUN. No way she was going to let us fritter away our days reading quietly or, god forbid, sleeping in.

“It’s tradition!” she exclaimed every Christmas morning as she woke me up as early as can be. She dragged me out of bed and knocked on our parent’s closed bedroom door.

Eventually, my parents relented, and we all stumbled out to the family room for stockings and hot chocolate.

Sugar has always been my sister’s indulgence of choice. She’d run to her stocking, pour it out onto the floor and find the nearest sweet treat to unwrap and pop into her mouth before mom and dad had the chance to say a word. Then she’d ask for that hot chocolate and some sugar toast. Yes, it was serious. And, despite her best efforts, so were many of our holidays. To be more precise, they were serene. I remember my childhood holidays as quiet, an introvert’s dream.

They were also rhythmic. Every year, we spent Thanksgivings and Christmases with our adopted aunt and uncle, mom’s friends from way back, and their two daughters, our cousin-friends. One year, mom hosted Christmas at our house and our chosen family hosted Thanksgiving. The next year, we’d switch. Predictable. Safe. These were quiet, controlled affairs. No drunk uncles. No obnoxious political banter. No insistence on prayer before the meal. In the mind and heart of this introverted old soul, our holidays were perfect.

Until I got married, and we had a son of our own. That’s when things got complicated. With new in-laws, the questions became, “Where will we spend Christmas? Thanksgiving? What will Christmas Eve look like now?” Christmas with the in-laws looked nothing like the civilized celebrations of my childhood. Dinner was usually hours late, and the opening of presents was a whirlwind    of madness. We made it work somehow, but this mass of new, rambunctious family members put a strain on my nerves not to mention our family wallet. I was a young mother with no training in the art of boundaries or asking for what I needed. I had not done any spiritual work yet, and it all felt like an overwhelming burden of saying “yes” to this new chaos when all I wanted to do was travel back in time to my childhood family room and that mug of hot chocolate.

Once my son started kindergarten at a Waldorf Charter School, I began to discover a reverence that I had not experienced before. December had nothing to do with Christmas but with the honoring of the change of seasons, the waning light, the envelope of sacred darkness. We were invited to our first Winter Solstice celebration with several families from the school. We lit candles. We sat in a circle and shared reflections and gratitude. It was like a full exhale after holding my breath for thirty years.

This new way of seeing the world gave me serious thoughts about disowning all biological and extended family to start our own nuclear family ritual. My parents had unwittingly done the same thing when they both moved thousands of miles away from their own families to make their own lives in the promised land of California. I imagined what it that kind of freedom. I wanted to take long hikes in the woods on Christmas instead   of sitting around eating dairy-heavy casseroles, listening to the football game in the other room. I felt giddy thinking about never buying another present again. I longed to leave the bright lights of Christmas in the rearview mirror and spend Winter Solstice in nature gazing up at the stars. But . . .

My family ties were too strong. The holidays had been hijacked by the demands of parents and in-laws who had the nerve to live within driving distance, and I found it impossible to stand up for myself. It was also true that they, for all intents and purposes, had done nothing wrong. They were just doing their thing, following the American Dream of what everyone has been told Christmas is supposed to look like. I didn’t have the heart to abandon our ever-growing web of a family system,  and I never felt the internal permission to reject my history and embrace a more spiritually satisfying Solstice-inspired practice. Not then.

Things changed again when my sister got married. You see, she married a big man from a big Byzantine Catholic Polish/ Ukrainian family. He was gregarious, friendly beyond belief, and his family was endless. A small gathering for them was 25- 30 people. At first, my sister and I brought our husbands and kids together at mom and dad’s for Christmas Eve; Christmas Day was reserved for our respective in-laws. The natural order of things began to twist and turn as dear brother-in-law put  his foot down. In his family, on Christmas Eve a ceremonial dinner called Wigilia was shared. It was their Christmas, he said. Tradition, he said. There was that word again! I knew in that moment that although I was going to resist this change with all my rigid quietness, my sister had found her perfect match, a man who valued tradition as much as she did. And that she would relent. That year, she spent our sacred Christmas Eve with another family.

“What do we do now?” I cried to my mother. “Jenny’s going to their house for Christmas Eve. What about all that tradition she always went on about? She has betrayed that tradition, OUR tradition!” I said this realizing I had yearned to jump ship for years. I complained and groused because I never had the guts to put my foot down, or to be more precise, my family didn’t care that I wanted a pagan holiday. They were going to celebrate Christmas.

And so they did. My sister’s husband’s family – who enveloped in-laws as if they were blood – invited us to join them for their version of Christmas Eve. The invitation came a year or two after the first time Jenny made our quiet family Christmas Eve celebration infinitely quieter by not being there. At first, I was having none of it. I was still relatively young and spoiled.  I wanted my parents to say “no.” I have a vague memory of stomping my feet.

But mom and dad were nothing if not polite. What a kind invitation! How generous! Of course, we’ll go! They had been taught manners and expected me to follow. We didn’t need to drive around the neighborhood on Christmas Eve looking for Rudolf. We didn’t need our quiet, introverted Christmas after all. The unspoken rallying cry seemed to be, “Let’s not make any waves.”

“Fine!” I said (again, strong possibility of another foot stomp). Here’s the trouble with what happened next.

We had fun. Big, loud, extroverted fun, the elusive quality my sister had sought and cherished as a shining north star her whole life, had been found. No, she didn’t like the meal. Beet soup, cold herring, some foreign grain covered in unknown spices, perogies, and a sour fruit compote did not measure  up to the “fun” food of our childhood. But the rest of it? She tried to say she wanted what we used to have, but I felt her heart yearning for and finally choosing this new boisterous celebration.

And for once, I understood why. What happened after the meal was like something out of a movie. We sat around the living room and sang Christmas carols at the tops of our lungs! We belted out the old standards like “Silent Night” and even the non-religious “Jingle Bells.” In a place where I expected to have to “behave,” I discovered a new freedom, the freedom  of my own voice. I could sing as loudly as I wanted, and no one would say a word. In fact, hardly anyone could hear me over the booming voices of my brother-in-law and his four football- player-sized brothers.

At the end of the evening, my sister got her sugar plum wish when people brought out cookies, pies, and all kinds of sweet treats to share. The volume in the room only grew louder and more celebratory. What was it about this frivolity that felt like home? Coming from a family where “being good, nice girls” was valued above all, this Christmas Eve was a breakout moment, a breaking through of old patterns that (I didn’t know until that moment) needed breaking.

I didn’t want to be “sugar and spice and everything nice” anymore. I wanted to raise my voice. I wanted to be free. And, somehow, celebrating Christmas in this way, a way that felt ancient yet new, opened me up. Perhaps, it was simply that I was ready.

By that time, not only had I integrated some of the nature- based Winter Solstice rituals into my family’s home life, I dedicated much of my own time to yoga and meditation.  I fortified my nerves, my mind, and my body with my own rhythmic devotions. I made my practice personal. I walked  by the river in the rain. Alone. I lit candles. I had given myself permission to honor it ALL. Honoring the change of the seasons with small ceremonies helped me understand that things are always in flux. Studying the Eastern concepts of impermanence taught me that everything changes. Sometimes,  our  families are large and unruly. Sometimes, we are lonely. Sometimes, the room is filled to bursting. Sometimes, people die. Every one of these life moments can be considered sacred.

Knowing myself more deeply and honoring the complexity of relationship has given me the strength to welcome more and more “family” into my heart. I have come home to myself. Now, no matter where I am and what I’m celebrating, I am always home for the holidays. 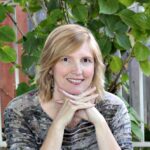 Over Coming the Obstacles to Self-Compassion

The Routledge International Handbook of Embodied Perspectives in Psychotherapy: Approaches from Dance Movement and Body Psychotherapies

Addiction and the Holidays; A Mother’s Story