Home July - Summer Edition ATHLETIC MENTAL PERFORMANCE FROM THE INSIDE OUT 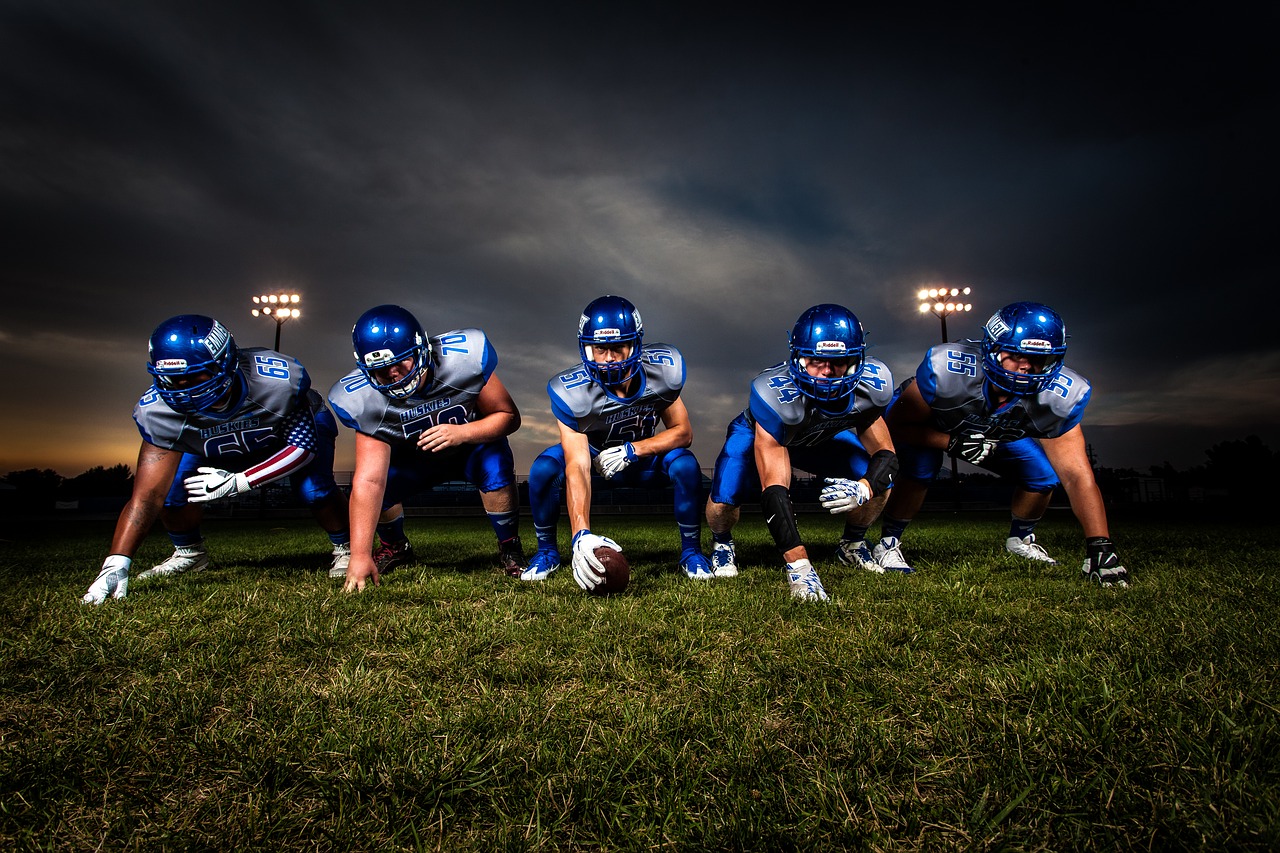 In the game of athletic success winning may hinge on an athlete’s mental attitude more so than skill. Matches are often won or lost before the game even begins because mental attitude significantly impacts performance outcome. The thoughts we think and believe about what’s happening in our mind and body when the competitive pressure is on-on the field, on the court, in the water- impact what we can and cannot do.

Given its enormous weight in performance achievement, why is it that, despite having positive thoughts, some athletes still under-achieve in highly pressured moments? And what can they do?

An Athlete’s Brain in Thinking Mode

Western culture has strongly promoted the understanding that outcomes rest on our thinking process. If we just remain positive, we will be able to navigate obstacles. The famous football coach for the Green Bay Packers, Vince Lombardi’s motto was, “Winners do not quit, and quitters do not win.” This belief is still shared by many coaches, and athletes fully buy into this tough- minded attitude.

Athletes believe they can control their brain to think what they tell it to think. Thus, much weight is given to the newer part of the brain, the neo- cortex, which is considered the home of positive thoughts and intentions. However, it is the older reptilian brain that effi ciently regulates highly charged emotions by storing implicit memories. It’s not our thoughts that guide our athletic performance but rather our intrinsic sensations associated with the flight or fight survival mode we inherited from our ancestors.

An athletes’ nervous system, just like any other human being, is organized to respond to perceived threats. A coach yelling, internalized parental pressures, teammates’ body language indicating rejection all have the potential to trigger one’s autonomic physiological fight or flight response. Although it is JUST a game, an athlete’s body may respond as if it is a matter of life or death. The body is organized to complete these physiological triggers. But, when unable to do so that thwarted arousal remains in the body as incomplete responses.

Take for instance the moment a coach is yelling at an athlete. In that split second, that 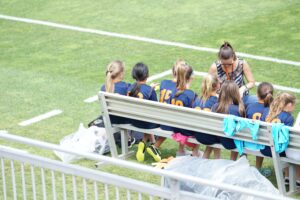 athlete’s body can instantly be responding to either a fight or flight sensation. In the space of an unconscious breath, our neo-cortex-the thinking brain-can stop those impulses by attempting to make sense of the situation. Afterall, punching the coach or running away will only make things worse. However, it does not mean that those incomplete responses have gone away. On the contrary, those impulses remain in the body for life.

It Begins in the Brain

Our brains hierarchically develop implicit experiences first (sensations, a felt sense, non-verbal) and explicit ones later (clear memories associated with verbalized stories). Babies connect with parents by exchanging gazes; Smiles are expressed and an implicit relationship is created. Later in life, these same interchanges contain a verbal dialogue. Developmentally speaking, it is a human condition to experience non-verbal awareness before sensations turn into verbal language.  This anatomic chronological order remains for life. 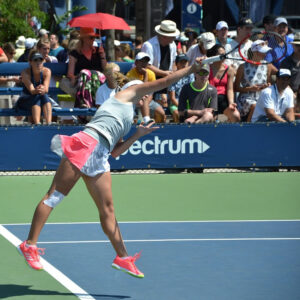 For example: we may feel butterflies in our belly and notice the sensation with little to no reaction. Or, if we feel these same butterflies in a scary situation, we may associate our reactions to this fluttery feeling as threat/danger. Later, we may verbalize them as anxiety or fear.

In this sense, a tennis player, who is serving to win a grand slam match, may feel rapid heartbeats and shallow breathing. Said player may feel butterflies in their belly. These implicit sensations and reactions are based on past associations and experiences. If rapid heartbeats and shallow breathing are associated with danger and fear, the tennis player may falter and lose focus. If these same sensations are associated with positive tension in safe surroundings, the energy can be used to the player’s advantage.

Human behavior shapes around a combination of personal genes and life experiences, both supportive and upsetting. Such experiences mold a neurological imprint in our brains leading to the development of behaviors whose roots lie in implicit subconscious memories. These memories do not conscientiously come up. According to psychologist Peter Levine, emotional memories include “surprise, fear, anger, disgust, sadness, and joy” (Levine, 2015, p. 22). These memories lie just below the neo-cortex.

Another example: a basketball player who needs to make both free throw baskets with time running out in the game may feel an array of felt-sense awareness, such as tension or sweaty palms. These sensations may either be noticed and accepted as part of the body’s normal response to intense activity and stress or interpreted as dangerous or bad based on implicit memories from prior experiences or perceived future expectations.

Or perhaps a golfer. Consider a golfer who feels the perceived pressures of not wanting to let his coach or perhaps his parents down. This golfer may experience sweaty palms, a rapid heartbeat, a sense to pull left or right. The result may be a pull hook shot into the woods, but the trigger was the accumulated thwarted experiences stored in the body. Said athlete can talk him/herself out of not feeling nervous, but the body will only listen to a language that pays attention to implicit memories, not reasoning.

Our Brain in Sports Mode: Coherence

When we meet our implicit needs, we say we have achieved coherence. It is a imultaneous embodied synchronicity that humans naturally embrace to achieve present moment awareness and self-regulation. Opposite to a coherence experience is one where technical thoughts, ruminating emotions, and overwhelming expectations interfere with fully trusting one’s abilities.

Dr. Mihaly Csikszentmihaly (1990) calls it flow. It is the experience of being fully submerged in the essence of the action, free of an ego while pursuing one’s ultimate personal rewarding goals.

Emotionally regulated athletes reach coherence when there is a match between what they sense and what they express. In a flow state, our golfer, rather than tense and sweaty, will be aware of the water hazard on the right yet still aim at the flag to make the green free of negative thoughts and worries.

Athletes who do not experience a flow state and are asked about their under-performing experience under pressure (in the heat of the game), may rationalize their feelings by either minimizing emotions or expressing a rationalization aimed at, subconsciously, diverting the attention from that of feeling upset.

On the other hand, an emotionally regulated athlete not only feels the upsetting emotion by embodying a faster heart palpitation, but also by verbalizing its content.

When athletes attune to a coherent emotional awareness, an implicit- explicit level of a relationship takes place. In a coherent state, athletes are in tune with their internal
body signals. These sensations are embraced, normalized, and accepted. In so doing, the athlete’s body is physiologically organized to regulate stressful moments and emotionally respond to the challenges of competition.

Achieving peak performance means training our mind to remain focused during mental, physical and spiritual challenges, to notice what’s happening in one’s body as well as one’s brain. Athletes who are in sync with their bodily sensations and mental cognitions can push beyond their apparent physical limits. Their positive mindset promotes resilience and enhances self-belief.

There are several holistic psychotherapeutic approaches that aim at eliciting implicit language attunement for the purpose of self-regulating emotions to achieve flow. Yoga, mindfulness, breathing, relaxation, and somatic psychology embrace the connection between the verbal and non-verbal language. These practices help to develop a greater sense of tuning in to the felt-sense awareness and, as such, enhance the capacity to regulate emotions, fully experience present moment awareness, and increase an athlete’s chances of achieving peak performance.

Levine, P. (2015). Trauma and memory: Brain and body in a search for the living past.
Berkeley, CA: North Atlantic Books 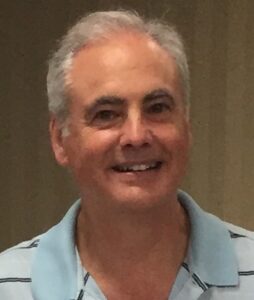 Dr. Diaz is the Sport Psychology Consultant to athletes and coaches for Concordia College, Bronxville, a licensed psychotherapist, and holds a doctoral degree in clinical psychology with a specialization in somatic psychology. He is certified in Sports Peak Performance, Somatic Psychology, Mindfulness Stress-Based Reduction for Teens, and maintains a private practice in Tuckahoe, NY. Dr. Diaz teaches mental performance to all level athletes, including school, college, professional, Olympian, and amateur athletes.