Wendy Wood’s Good Habits, Bad Habits reflects her explanation of the subject of habit formation. Integrating her own research along with other scientific studies, Wood attempts to explain why bad habits are so hard to break and why good habits are so hard to sustain. Wood provides readers with an understanding of both the evolution of research regarding behavior change along with a look into how they can implement habit changing strategies in their own lives.

Wood segments the text into three parts with a total of fifteen chapters that guide the reader through the science of habit formation. The first segment explains the state of human behavior as it currently exists. Wood posits that the complexity of human decision-making is not yet fully understood, as it follows mechanisms that sometimes seem self-sabotaging. As a result, those interested in making meaningful life changes must do so via habit formation. Part II is titled “The Three Bases of Habit Formation” which are: reorganizing your context; practicing repetition; and allowing for rewards. Each basis is supposed to contribute to a “habit-friendly” environment that will make it easier to incorporate good habits in daily life. The third segment applies this framework to the real world where additional challenges and disrupters to habit formation are likely to appear.

According to Wood, the main reason why so many of us fail to make significant changes in our lives is due to the overwhelming force of our unconscious mind. Sheer motivation and desire are not enough to overcome this force. Many of our daily actions are governed by our unconscious habits so when we try to make changes and utilize our cognition we often fail. Therefore, Wood proposes that we must use our conscious understanding of our goals to orient our habitual selves (13). We naturally follow our unconscious habits; thus, we should try to “establish good habits so that the habitual choice is the right choice” (188). She underscores how difficult it can be to kick resilient habits and establish new ones, thus encouraging readers to avoid feelings of failure and despair. The continued emphasis on this point reassures readers of the difficulty of the task and urges them not to give up on trying to make positive change in their lives.

Another strong point of the book is Wood’s acknowledgement of the context of addiction in relation to habit formation and breakage. This section emphasizes that not all habits can be viewed the same. Specifically, substance use disorders are a habit with much broader implications than habits such as nail biting. Wood insists that addiction is unlike a habit because while habits settle into our unconscious, addiction has the power to take over one’s life (190). This distinction is important: addiction should not be treated the same way that a simple bad habit is treated. Wood supports a model of substance use treatment that focuses on the context of drug abuse rather than the medicalization of it (199). It is very easy to misattribute someone else’s addiction to their own bad choices and lack of willpower instead of acknowledging the surrounding social and economic environment that may have led them to that point. Changing or even just learning how to navigate contexts can be a powerful point of intervention that has the potential to help people implement lifelong positive change.

Wood’s Good Habits, Bad Habits is an engaging account of the science behind habit formation that gives readers the tools to understand their own behavior a little bit better. Anyone who is looking to achieve personal goals or make lasting change in their life would benefit from reading this and would come out with a different perspective into everyday human behavior.

Wendy Wood, PhD, is Provost Professor of Psychology and Business at the University of Southern California. She has written for The Washington Post and the Los Angeles Times, and her work has been featured in The New York Times, the Chicago Tribune, Time magazine, and USA Today, and on NPR. She lectures widely, and she recently launched the website www.goodhabitsbadhabits.org to convey scientific insight on habit to the general public. 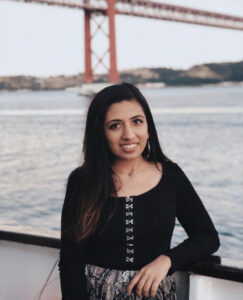 Amal Rohail studies Global Public Health and anthropology with a focus on chemistry and Chinese at New York University, where she is expected to graduate in May 2020. She is on the premed track and has conducted research regarding hepatic encephalopathy and hepatitis C. In addition to working for SPT, she writes reviews for International Journal of Psychotherapy.