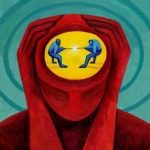 Jaime Lowe’s memoir chronicles her struggles with bipolar disorder and explores lithium: the medication that saved her life but also caused her body irreparable harm. A story full of progress and setbacks, stability and mania, and hope and desolation, Lowe’s book is emotionally tumultuous. Written colloquially and free of highly scientific content, this book can cater to a wide audience. Though it is specifically useful and relevant for people who are bipolar and/or utilizing lithium medication, it’s also helpful for anyone who wants to understand these two things better. Lowe’s book offers both a raw and honest account of what it’s like to live with bipolar disorder and important information about lithium to provide a holistic understanding of her journey.

Divided into three parts, each is comprised of fairly short chapters that have quirky titles. For example, Chapter 1 is named “Paint the Ceiling with Me and I Will Show You the Secret Tunnel to Neverland”. The unique title of each chapter only makes sense once you have read the whole chapter and understood that aspect of her experience. In Part 1: “Episode 1”, Chapters 1-3 describe Lowe’s first manic episode and admittance to the hospital that resulted in her first time taking lithium. In these Chapters, she details her emotions and the challenge of accepting her diagnosis and treatment plan. Chapters 4, 5, and 6 discuss, respectively, a brief history of bipolar disorder, Lowe’s high school years leading up to her hospitalization, and a visit from her brother. Though this portion of the book isn’t told in chronological order (Lowe spends Chapter 7 describing her childhood), the organization is still comprehensible. She tells her story in the way that makes sense to her and best captures her experiences across her life. In the rest of Part 1, Lowe writes about her transition from hospitalization back to high school then college.

Part 2: “Episode 2” is set up in a more chronological fashion. Lowe’s college years, subsequent move to New York, and adjustment process are the focus of this part. She continues to describe her emotions and thoughts from those moments in detail while also including reflections that expose her nuanced understanding of her life. Lowe also integrates notes from her doctors and accounts from friends and family members as part of those reflections. For example, Chapter 15 is centered around a fire that consumes Lowe’s New York apartment and her ensuing psychotic break. She visits her psychiatrist just after the fire and includes a quote from his notes on their session. By having the ability to access her doctor’s notes, Lowe was able to add a retrospective dimension to her memoir and let her voice shine through.

Part 2 continues the account of Lowe’s manic episode through the depression that followed and the challenge of getting her life back on track. It segues into Part 3: “The Transition” by ending with her finding out that lithium has caused damage to her kidneys and that she needs to find a new medication. Lowe spends most of this part diving into her journey learning more about lithium–a journey that took her across the world–and testing various doses of other medications. She weaves historical information into her explanations of her own experiences. The book concludes on a hopeful note with a one sentence epilogue proclaiming, “No episodes yes!” (p. 286).

Lowe’s narrative takes the reader on a personal and detailed tour of her life including embarrassing moments, triumphant victories and everything in between. It provides a real, uncensored account of what it is like to live with bipolar disorder. “Mental” is a fun and inviting read that kept me interested. Lowe includes several photos, illustrations, and handwritten notes that makes the book not only a memoir, but also an archive of sorts. These guide the reader through this information-packed book. While I appreciate that Lowe included endnotes with references, they are somewhat difficult to use as she does not number her citations throughout the book. She relies on numerous sources but doesn’t make them easily accessible. The explanatory, often scientific content dispersed throughout the book is valuable, but sometimes complicates the narrative. That being said, I still enjoyed this book. Lowe made me feel along with her, so I could really know what she has gone through. By pairing her life story with an exploration of lithium, Lowe gives the reader the full picture of bipolar disorder.

Jaime Lowe is a writer based in Brooklyn, New York with a B.A. from University of California-Davis. She has been published in many magazines including The New Yorker, The New York Times Magazine, and Esquire. She has written extensively about bipolar disorder and lithium. She is also the author of one other book. 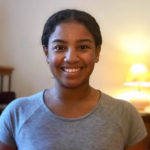 Lucero Smith is a senior at the University of Pennsylvania, pursuing a B.A. in History with a minor in Urban Education. She has done extensive community engagement work in West Philadelphia schools. She also has experience conducting archival research at the Library Company of Philadelphia and research in problem solving learning. In addition to working for IJP, she also writes reviews for Somatic Psychotherapy Today.

Interested in buying the book? Please check out our link. The few pennies we receive do help us maintain our website and allow us to offer you engaging reviews, reflections, interviews and more.