If you could take a pill to reduce stress, anxiety, and feelings of loneliness, as well as enhance your mood, self-esteem, cognitive functioning and essentially all aspects we seek to improve, would you take it?

But what if the pill came in the form of exercise?

With support from current empirical literature on exercise, Dr. Christina G. Hibbert makes a compelling argument for how and why exercise is medicinal for mental health. This knowledge is often not enough to motivate us to change, yet Dr. Hibbert works through the process of change with an array of exercises and reflection questions that ease even the most ambivalent reader into the process.

The 8 Keys book series is provides clear, concise, empirically supported evidence for anyone from beginners to experts; 8 Keys to Mental Health Through Exercise is certainly no exception to this mantra. The goal of the 8 Keys to Mental Health Through Exercise is straightforward: “to show you how to make exercise work for you . . . to make you work—and grow.” It is organized in three parts. Part 1: Understand, Part 2: Prepare, and Part 3: Exercise for Life. Eight chapters are dedicated to various aspects of change, mental health, and exercise, from ‘Get Motivated’ to ‘Implement Your Vision’ and Flourish.’

Dr. Hibbert addresses a longstanding question: which comes first, self-esteem or exercise? Naturally, an argument can be made in either direction—for some, exercise helps to boost self-esteem and mood, while others cannot exercise until they improve their self-esteem and self-perception enough to have the motivation to exercise. However, Dr. Hibbert advises against the focus on self-esteem given its basis in external sources such as academic or physical performance and outsider approval.

According to research, emphasis on external sources leads to more anger, stress, relationship issues, substance use, eating disorders, and academic problems. Alternatively, improving self-worth is proposed as the key to generating a sense of personal understanding, motivation to achieve one’s potential, and an ‘I can do this and stick with it’ mentality. Dr. Hibbert’s “new view of self-esteem” is presented as the Pyramid of Self-Worth, with self-worth at the top of the pyramid followed by self-love, self-acceptance, and a foundation in self-awareness; these components are vital in any person’s life, regardless of exercising or not. Dr. Hibbert provides a thoughtful explanation for each, along with tools for achieving and reflection questions for personal exploration of the elements.

To quell any doubts as to whether or not exercise is worth the commitment, empirically supported bullet-point lists are provided in regards to both the physical and mental health benefits of exercise. To name a few benefits from the mental health section, exercise enhances mood, mental clarity, intuition, creativity, social connectivity, self-esteem and body image. Moreover, it increases endorphins—boosts mood and energy—and decreases anxiety as well as the rates of occurrence and symptoms of depression. Interestingly, exercise also increases the neurotransmitters primarily implicated in anxiety, depression, and other mental health disorders—serotonin, dopamine, and norepinephrine—and can thereby have a normalizing effect on the levels of neurotransmitters in people with these deficits.

8 Keys to Mental Health Through Exercise is not only relevant to exercise, but to the concept of making a change in general. Dr. Hibbert highlights Dr. James Prochaska’s Transtheoretical Model of Change, which indicates six stages within the process of change: precontemplation, contemplation, preparation, action, maintenance, and termination. The final point, termination, signifies the change is permanent and a maintenance plan is no longer necessary. In a comforting statement, Dr. Hibbert notes that most changes never reach this point as “even if change really is permanent, most of the time, it’s because we’re maintaining it well.”

From these six stages, Dr. Hibbert takes away five lesson points, such as the need for patience as change is unlikely to manifest after simply deciding to change, the need to accept when you are not ready to make a change, and the importance of recognizing what stage you are in before jumping into action. Dr. Hibbert likens the Six Stages of Change to a spiral staircase. More often than not, we go back and forth, up and down in the spiral before committing to a change. To illustrate this point to the reader, reflection questions on the Spiral of Change are provided, which range from identifying which stage you are in, to defining what success and failure mean to you in terms of pursuing exercise for mental health in regards to the principles from the spiral of change.

Pertinent to the process of change, the foundations of cognitive behavioral therapy (CBT) are explained in regards to thoughts, emotions, bodily responses, and behavior cycles. In sum, a combination of connected components influence our behavior and each other: our thoughts ignite emotions, which garner a response from our body such as increased heart rate, which influence behavior which then, in turn influences our subsequent thoughts and emotions, and so on.

Given the link between thoughts, emotions and behavior, a thought record example chart and blank thought record charts are provided for the reader to fill out when faced with overwhelming or emotionally-charged situations or thoughts. Maintaining a thought record is a useful CBT tool for recognizing the patterns in our thoughts as they track the types of thoughts, which situations they appear in, and what emotions are associated with them. Most important, the charts call for an alternate or rational response that challenges these patterns to break and be more positive.

Ultimately, 8 Keys to Mental Health Through Exercise is an eye-opening read not only for those searching for the motivation to commit to adding exercise to their routine, but for anyone striving towards self-empowerment. Dr. Hibbert synthesizes a large body of research into a captivating argument for how and why exercise serves as an immensely powerful mechanism for improving mental wellbeing. 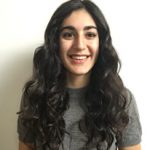 Antigone Phili graduated from New York University with a B.A. in 2015 with a major in psychology and a minor in child and adolescent mental health. She is currently interning for Jacqueline Carleton, PhD, and working as a TA at New York University, and plans to continue her studies in the field of psychology with a Ph.D. Email: antigonephili@gmail.com