Home Specialized Psychology ECHOs in Bosnia and Beyond

As the twentieth anniversary of war in Bosnia—Herzegovina looms, many civilian survivors remain traumatised by the events they experienced and/or witnessed. Following the end of the war, the ensuing social and political upheaval and lack of resources have resulted in chronic emotional issues and mental health problems within the civilian population.

Ongoing help has come from a British-based charitable organization—Healing Hands Network—which, since 1996, has provided hands-on therapies in and around Sarajevo to clients referred by local organizations, including the Association of Concentration Camp Victims, the Association of Civil War Victims. Women Victims of War and Mothers of Srebrenica. Some clients have received treatments for many years and the Charity has been looking into how the current or perhaps new interventions might help these clients move on.
An answer came in 2010 in the form of a new and evolving therapeutic intervention, developed by Karl Dawson, called Matrix Reimprinting (Dawson & Allenby, 2010). Matrix Reimprinting is an energy psychology technique that incorporates Emotional Freedom Techniques (EFT), where acupressure points are tapped while voicing specific statements. Imagined inner parts/child work and understandings from quantum and epigenetic science are also a key feature of Matrix Reimprinting. Clients work with the ‘part’, called Energy Conscious Holograms or ECHOs, to release the trauma. They imagine talking to and supporting the ECHO to revise or overcome the traumatic event. A new and positive picture is then created and used to reprogram the mind, indicating the trauma is over and changing self-beliefs formed at the time of the trauma to something more helpful.

Imagine how it might feel to safely voice all you wished you had been able to say at the time of the trauma, to quickly release feelings of fear, shame, guilt, pain and replace them with something more supportive instead? This is what was done in a pilot study of Matrix Reimprinting for civilian survivors of the 1992-1995 war in Bosnia– Herzegovina (Boath, Steward, & Rolling, 2014).

The pilot study (a mixed-study design) investigated the feasibility and effectiveness of Matrix Reimprinting (MR) in treating post traumatic stress symptoms in civilian survivors of the war in Bosnia. Two Healing Hands Network Centres in Bosnia (Sarajevo and Hadzici) participated. Clients accessing these centres were invited to take part. Participants completed a modified version of the PTSD Checklist-Civilian Checklist (PCL-C) at baseline, immediately after the two-week intervention, and then at a 4-week follow-up. Fourteen civilian survivors completed the study. Four were aged 30 – 40 aged (1 man, 3 women), seven 40-60 years (3 men, 4 women) with the remaining three participants were all women aged over 60.

Before individual Matrix Reimprinting sessions occurred, everyone involved in the pilot study, including translators, were introduced to the basic EFT protocol (an easy-to-use method for stress-relief) and a simple breathing technique. Developed by the Heartmath Institute, the technique involves breathing for a count of five into and out of the heart directly through the chest. This breathing use the electromagnetic field of the heart to regulate the autonomic nervous system and the brain allowing it to come out of the fight/flight/freeze response.

Following the initial group sessions, each participant received four, one-hour, one-to-one Matrix Reimprinting sessions with the same practitioner and interpreter. Each person was also given a written copy of the basic EFT protocol, including suggestions for using EFT to aid sleep, and were instructed that they could continue to use EFT on themselves any time they wished. Though it was suggested they did not use Matrix Reimprinting by themselves.

Measured outcomes were positive. “There was a significant reduction in the mean scores from baseline to immediately post intervention (p = 0.009) and again at the 4 week follow-up (p = 0.005). The size of the immediate effect was sustained at follow-up (p = 0.65).” And phenomenological results were positive as well: the qualitative analysis (via. an evaluation form at four week follow-up) identified the following four themes: “Theme 1: Physical and psychological changes; Theme 2: The strength to move on and to self-care; Theme 3: Rapport with the MR Practitioners; Theme 4: Recommending it for others. Despite the limited sample size, significant improvements were shown. The qualitative and quantitative results support the potential of MR as an effective treatment for post traumatic stress symptoms” (Boath, Stewart, & Rolling, 2014). Furthermore, all of the participants reported that they continued to use EFT at home.

On a return visit to Bosnia in 2014, Caroline met with two of the women from the original study, which was conducted in 2010. One lovely lady had maintained her outgoing confident character that grew over those initial two weeks in 2010. It is perhaps significant that she had continued to use EFT and heart breathing whenever she felt under stress, saying she goes into her garden to tap whenever she finds things are stressful. Another reported that she finds EFT helpful and uses it sometimes. Some of the other participants may still have some way to go to recovery, but verbal reports from representatives of the Healing Hands Network suggest that, overall, longer term results have held well. 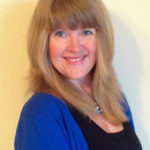 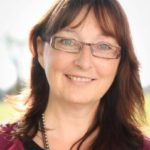