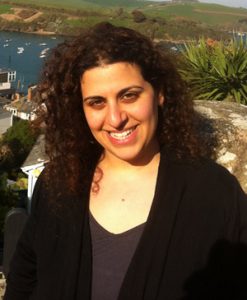 “Has it ever occurred to you that one hundred pianos all tuned to the same fork are automatically tuned to each other? They are of one accord by being tuned, not to each other, but to another standard to which each one must individually bow…” (A.W. Tozer, 1948)

This is a story about a rainmaker that Carl Jung allegedly told in every possible seminar (Jung & Douglas, 1931-35; Rolef Ben-Shahar, 2014):

Once upon a time there was a Chinese village suffering a great draught. The village people thus sent for the rainmaker who lived in the farthest corner of China. As he arrived and the elders of the village gathered around him, the rainmaker merely asked for a place to stay in solitude. He was provided with a small hut, where he sat and meditated for three days while the entire village people impatiently awaited him. On the third day the rain started to come, and the rainmaker left his hut. Excited and grateful, the village elders gathered around him curiously. “What have you done?” they asked.

“But you have brought the rain after so many months of drought.”

“I don’t know about that,” answered the rainmaker. “In the village I come from people live according to the ways of the Tao. We maintain the dynamic balance of Tao so people are sad and people are happy, babies are born and people die, the sun shines and the rain comes. When I arrived at this village I felt that I was totally off-balance. I couldn’t think straight or calm down. It has taken me three whole days to retrieve my inner balance.”

In therapist-client interactions something new emerges. There is an ‘us’ and it requires us to relate and to speak to it in a new, inclusive language.

Through this profound attention and attunement a new field emerges. In relational psychoanalysis and relational body psychotherapy, this field is called the intersubjective third or the analytic third. The concept of the third means a wide variety of things to different thinkers—it has been used to refer to anything one holds in mind that creates another point of reference outside the dyad (Aron 1999; Crastnopol 1999). Thomas Ogden (1994) used the term analytic third to describe an entity created by the two participants in the dyad.

While Lacan saw the third as an energy that kept two people from collapsing—be it merging into oneness, eliminating differences, or creating a “twoness that splits the differences—the polarized opposition of a power struggle” (Benjamin, 2004. p.4). Winnicott, who pointed out that there is no baby without a mother, called the transitional space that is neither subjective reality nor objective reality ‘the third area of the psyche’, which is an integral part of the human experience. The third area is where we experience our fantasy and reality without the need to choose between them, similar to what we experience while playing a game (Winnicott, 1971).

When two people are together a wider mind is created (Bateson, 1972), and talking in terms of ‘my stuff’, ‘your stuff’, ‘my body’ and ‘your body’ does have therapeutic value. But we believe it might also be beneficial to give attention to the field, the effectiveness of the affective laden relationship, which often has the use of an inclusive language “us”.

As trained Biodynamic psychotherapists, we integrate the curious phenomena of psycho-peristalsis (PP), a core concept of Biodynamic work, into our clinical work: What if we could relate to PP in the same way the rainmaker related to a whole village?

More than 50 years ago, Gerda Boyesen, the founder of Biodynamic psychotherapy, believed that not only food gets digested in the digestive system but also emotions. She noticed rumbling noises in clients’ intestines and that those clients who had them during a Biodynamic massage recovered much quicker than those who did not. She called these noises psycho-peristalsis (PP) (Boyesen, 1979).

Because unresolved emotional processes may leave clients in a constant state of sympathetic arousal resulting in dysregulation and high levels of stress hormones, Boyesen focused her work on self-regulation. She emphasized clients’ capacity to down-regulate on three levels, which are illustrated by the embryonic layers that are also represented by the three layers of the emotional human experience: the psychological level (ectoderm); the muscular level (mesoderm); and the vegetative level (endoderm), which is the involuntary part of the autonomic nervous system.

Boyesen believed the most significant part of healing occurs at the involuntary unconscious level and that PP, which is controlled by the parasympathetic nervous system, plays a pivotal role in healing—she believed it was an actual healing mechanism situated in the gastro-intestinal track that linked the psyche and the soma. According to Van-Heel (2015), “Peristaltic sounds can guide our work when we want to initiate parasympathetic activity and cleansing” (p.9).

Psycho-peristalsis offers a therapeutic indicator of emotional digestion and a discharge of any energetic or emotional accumulation (Boyesen, 1983). Though originally used during Biodynamic massage, PP and its resultant sounds have also become an important source of information during our therapeutic interactions. PP typically occurs when a client, in any setting, gains a deep insight, has a strong emotional release, or is deeply connected to his primary personality or core.

Boyesen believed every individual has an embedded capacity for healing and independent well-being. She emphasized the wisdom of the body and its energy to know its way in the deep, unconscious vegetative level. Traditionally, in the Biodynamic psychotherapy approach, the therapist was perceived as a midwife who focused solely on the client, allowing the client’s process to organically unfold. It was very much a client centred approach where the client led his process, with the therapist attending as a skilled witness to facilitate a safe, compassionate space for this organic unfolding.

Using a stethoscope, which is attached to the client’s belly, the therapist listened to the client’s intestinal sounds as a form of biofeedback to track his inner whereabouts that indicated his level of self-regulation, safety, ‘ripeness’ in processing different layers of inner healing and more. The Biodynamic therapist was and always is aware of her own self-regulation, but it is not spoken within the therapeutic dialogue. 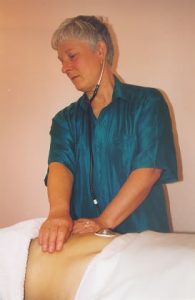 Today, there is more emphasis on a relational Biodynamic process, and the therapist is even more attentive to her own PP and self-regulation as well as the client’s within the therapeutic process. And yet, the energetic resonance with the client, based on connection with the life force energy, which generates and sustains the therapeutic process, is far below interpersonal and transferential levels (Southwell, 2007).

In this article we offer our experiences working with PP within the intersubjective field, within the shared body, with curiosity: what potential benefits may arise by using PP in this way?