Biodynamic massage (Southwell, 1982) is an integral part of biodynamic psychotherapy (Boyesen 1980, 1981, 2001; Heller 2012; Lewin & Gablier, 2013; Southwell, Selles, Tanguay, & Steinberg, 2014; Southwell, 1998), which allows psychotherapeutic work within the framework of the body. The name ‘biodynamic massage’ encompasses fourteen different methods of touch. Almost all the touch methods can be performed at different levels of the body – the level of bones, the periosteum, the deep and superficial muscles, the fascia, which contain the muscles, the subcutaneous tissues, and the different levels of energy. 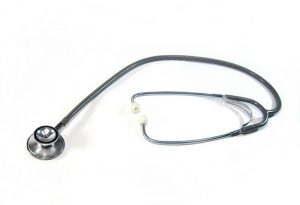 whilst carrying out biodynamic massage (Southwell, unpublished; Stauffer, 2005, unpublished, 2010; van Heel, 2014); the stethoscope is utilized for listening to the digestive system’s sounds (also known in this context as the psycho-peristalsis) (Boyesen, M-L. & Boyesen, G. 1978). This makes it possible to obtain immediate feedback from the body about the level of accuracy, quality, and attunement of the touch applied. The experience of touch must be modulated by context and internal state (Ellingsen et al., 2016).

The biodynamic therapist also receives feedback from the client’s body through objective observations (Bunkan et al 2004, Friis et al 2002) of the body’s posture (Bunkan et al 1998, 2010, Heller 2012 chapter 13), breathing (Bunkan et al 1991, 1999, Friis et al 2012), solidity of muscles (hypertonic, hypotenuse, and isotonic) (Johnsen 1973), the muscles’ capacity for mobility (Bunkan et al 2001, Kva et al 2011), and the skin (for example, skin colour, temperature and sweating). In addition, the biodynamic therapist obtains information from objective observations of the sensations, feelings and emotions that arise and subside in their own body.
So the biodynamic therapist is guided in real-time not only through technique, but also via feedback from the client’s autonomous nervous system, objective feedback from the client’s body, as well as what the client volunteers about his/her body and intuition. Here, I define intuition as an impulse arising from within the self to perform one action or another. We need to differentiate between intuition and the actions of psychological defense mechanisms like projective identification and re-enactment.

Over time, the biodynamic therapist learns to integrate all that information with the entire history known to him about the client, including events of trauma and adverse events that occurred during the client’s life. That is how adjustment occurs between the intention and the client’s neurodevelopmental process.

Every patient is an entire book (Rako & Mazer, 1980), a distinctive and pulsing new fabric. All theoretical knowledge is solely theoretical when the therapist starts working with a client: it must be discarded in favour of the direct experience of processes unfolding here and now. The therapist has to respond in an attuned fashion to the living phenomena of this particular client, in this particular relationship, in this moment of now, without any agenda or predisposition. The only constant in living phenomena is change (Inspired by Vipassana meditation course), and the therapist must be attuned to a change taking place in themselves and in the client at every moment, and in the relationship to the levels of awareness and arousal in the framework of the client’s body and the therapist’s body. The delicate fabric woven in the field of relations is formed of countless items, including the therapeutic relations. Dynamic items change constantly; therefore, biodynamic assessment systems are grounded on evaluating the changes occurring (Southwell, 2014), not only on a static snapshot of the client’s condition. What defines the quality of the work are our bodies, our awareness to our body – that of the client and of the therapist – in addition to mental processes, intention and attention.

In the living phenomena called human, the landscapes of the mind and the landscapes of the body are one concurrent phenomenon. In the reality of a human, it is impossible to separate between them, only for the therapeutic discourse, which ensues after action. As Wilhelm Reich stressed, “the point that the unconscious does not exist in a psychological space that is independent of one’s bodily reality, but is intimately connected to a somatic or energetic substratum” (Boyesen & Freudl, 2015, p. 582).

And so, to understand biodynamic therapy as a whole, and biodynamic massage particularly, we have to understand and investigate the human as a living phenomenon, as it is happening now, in real-time. As biodynamic psychotherapists, our job is not to save or rescue. Our job is to promote and support changes in the person as pulsating living phenomena, as our client wishes. The client can be viewed as a system that has the capacity for self-organization and self-leadership. Psychotherapy is a healing profession and the healer is the client. A good biodynamic psychotherapist will support the client in healing themselves (Tanguay, 2014).