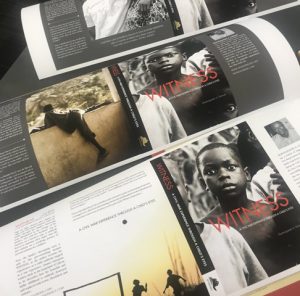 Standing in line at the Office Max photocopy service desk, I met an amazing man. He was looking at a series of book jackets trying to decide which one might be the “one”. I offered my opinion and we got to chatting. It turns out that, Quanuquanei A. Karmue, known to most as “Quanei” or “Q”, is a native of Liberia, West Africa.  He now resides in Sacramento, California, USA, just down the road from my home. He runs the charity Save More Kids Inc., which houses and educates children in Liberia orphaned by the civil war. He runs the charity, with his family, to fulfill his mother’s vow to God that she would become mother to children like the child who was ordered to kill her during the Liberian Civil War.

Q told me the story of he and his siblings who were faced with their mother having to decide, whether she dies, or they do. She faced the murderous tween who held a gun to her head as she crouched in a killing field fully expecting to die. She started to pray for the young woman set to kill her. She prayed that if the bullet missed its mark and she should live, she would return and adopt all the children lost in the terrorist position as this young woman. Q’s 5 year old sister ran to her mother, crouched with her, distracting the shooter. Then another victim came, struggling wildly for his life. His wife was pregnant and he knew the tortures, the terrors that happened at that time to pregnant women. His fight for life distracted all. The tween looked at Q’s mother and sister and said, pick up your things and run away.

I had tears in my eyes listening to Q’s story. Turns out, he has written a memoir and is looking for manuscript readers to offer their thoughts for revisions, edits etc.  I said I would post his request and see if any of our readers are interested. If so, please contact Q at:  Q@savemorekids.org.

According to the marketing information, Witness is a riveting, unforgettable story,  a testament to his mother’s strength under impossible conditions and how her faith in God and her love for her children drove her to push and pull them out of war-torn Liberia to the less-than-ideal “safety” of an American ghetto.

The story shares how, at eight years of age, Quanei Karmue was living the American Dream in the sun-swept country of Liberia. His father was  away on an extended business trip to solidify the family’s fortune, and he and his siblings were left in the care of their mother, a respected nurse, pharmacist, and leader in their close-knit community, a suburb where all the women were called “Auntie” and all the men “Uncle.” As a curious child, Quanei thought he had perfected his stealth and spying skills. He was drawn to adult conversation — he knew that was where you learned what was really going on in the world. He overheard rumors of war, and when his Aunt Edna and Uncle Laurence arrived terrified in the middle of the night, the Karmues were swept up in chaos and had to hide from blood-thirsty rebel soldiers, and surprisingly, the government’s own brutal troops. Quanei’s tale takes readers across two continents and he makes you a witness, as he was, of the horrors of the civil war crashing through Liberia. Through his eyes, you will feel part of the true-life situation where drugcrazed youth were given arms and free reign to brutalize the people around them, creating a society where the smell of death regularly mixed with the dewy fresh air of early morning. In Witness, Quanei describes his mother’s fight to keep her kids alive in a new world order where who lives, starves, or dies depends on chance and quick decisions. With his father unable to get back to his family, Quanei’s mother leads them through government and rebel clashes, fields of bodies rotting in the tropical sun, and massacre after massacre. We witness his mother’s heroics, culminating in a brutal act where she was forced to make an impossible choice. 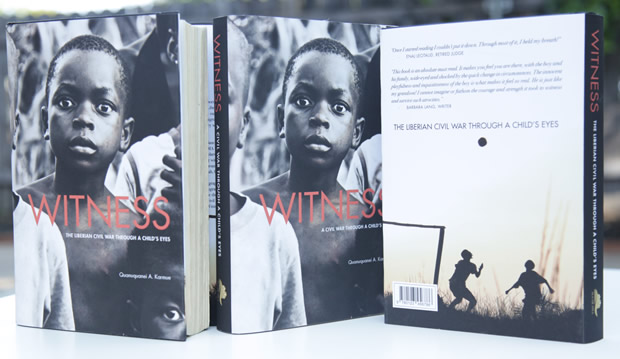