In a deeply raw, emotional, and sentimental coming of age story, Porochista Khakpour dives into an exploration of her heritage, culture, and identity. Brown Album is far more than a collection of essays, it is a collection of memories showcasing self-discovery as a first-generation immigrant from Iran as well as shining a light on the Iranian-American experience.

This book, due to its personal and specific content, may be relatively more relatable to an audience with a similar background to Khakpour, but on a larger scale, the issues and personal anecdotes from Brown Album offer something for anybody who chooses to read it.

Ultimately a personal reflection of self-discovery, the essence of the book lies in embracing racial identity. Khakpour invites the reader to join her through her journey of finding herself in an eye-opening, honest, sometimes humorous set of essays.

Race being the central aspect of both Khakpour’s persona and the book prompt anecdotes throughout the book of her various struggles to accept her racial identity. She confronts stereotypes and inner conflicts to portray her identity crisis caused by her cultural heritage of being born in Iran. With this she depicts the life of a typical first-generation immigrant child stuck between two identities forced to come to terms with her birth country, Iran, and being brown in America. It is a passionate tale about a racial identity crisis both personally and politically.

Khakpour provides personal accounts of how her family moved to Los Angeles in 1981 due to the Iranian Revolution as refugees and then the trials of being the only Iranian student in her elementary, middle, and high school as well as the tribulations of writing her first novel and then being known as not just an “Iranian-American writer” but, a “9/11 author.” Due to the theme of race, politics inevitably weaved its way to her memoirs when she shared her very real and candor fear about the rumors of the Trump presidency deporting even naturalized citizens such as her family and herself. She felt in the spotlight of racist comments and the heat of toxicity echoing from others as an Iranian immigrant.

Throughout the book, Khakpour returns to the ideas of personal and political struggles with race to illuminate her struggle to find herself. She documents her cultural exploration of White America as a Brown individual an Iranian Immigrant.

Like many immigrant families, Khakpour’s family presumed their stay in the United States to be temporary. However, her family stayed and with that began her struggle to confront her racial identity; her “Persia,” as she called Iran, and Iran the four-letter word which carries within its spaces stereotypes and negative connotations. This is showcased in a series of actions, from feeling conscientious about riding a camel at the zoo due to her perceived cultural stereotypes to dying her hair blonde. Her anger and struggles with her race start at the beginning when she notices the heavy baggage carried with the word “Iran.” She is left between two identities, unable to confront either.

Khakpour explores microaggressions and classism in “Coming of Identity, New York City, Late Nineties,” where she describes her experience being one of only a few people of color at Sarah Lawrence, an elite liberal arts school (Khakpour, p. 54). Her classmates who paraded in expensive clothes “more than once after a few drinks … reminded me, in the wry double-bind delivery of true socialites, that their parents were paying for me to be at school with them” (Khakpour, p.58). She experienced, first-hand, acts of prejudice, which only built her anger. This anger comes back when she sees a woman wearing a Burka in Brooklyn being pointed out by a group of teenagers. When Donald Trump rose to power her protective range returns and with that, she begins to accept her Muslim identity.

Brown Album is certainly a profound personal journey of self-discovery but at the same time, it is a commentary also on socio-political issues, as seen in the above examples. Her internal conflict with race was not, however, limited to that between “Americans” and POCs; she also saw it within her own LA community of Iranians. When discussing the “King of Tehrangeles,” or Bijan, an eclectic, Iranian fashion designer, Khakpour comments on the wealthy Iranian immigrants who begin to share the ideologies of Americans and consider themselves members of the elite class (Khakpour, p. 84). She compares them to her family whom she describes as “working class.” But when confronted face-to-face with a member of the Tehrangeles, and the expectations that she would be rich because she was Iranian: “‘Persian girl, how did this happen to you?’ Persian girl, how did this happen to you? a heavily bejeweled elderly Iranian woman,’ turning up what must have been her third or fourth nose, once said to me as she spotted me sweeping outside the store,” Khakpour writes, it makes her uncomfortable (Khakpour, p. 85). And years later when asked about a Bijan advertisement on a truck, Khakpour takes a step toward confronting her identity and exclaims that she hates Bijan. She also brings attention to popular television programs such as Shahs of Sunset and films like A Separation in their representation of Iranians and their culture making her uncomfortable (Khakpour, p. 4).

But this doesn’t end here, Khakpour herself notices how even she has certain prejudices, for instance when Khakpour believes a white nurse telling her to go back to her country. In actuality, what the nurse had said was, “how brave of you” (Khakpour, p.44).

Khakpour battles with confronting her racial identity and chronicles her experience of Brown America, she says: “I loved this country,” writes Khakpour. “I accepted it and never, until much later, considered that it might not accept me.”

Brown Album is a personal struggle with racial identity; it is about coming to terms with Iranian heritage and being Brown in America. And in her own words “are a testament to the greatest and worst experiences of my life,” and that much of this book was written in tears” (Khakpour, p.1).

It is about inner conflict and the struggle to find and then accept oneself. At a time like this, Brown Album provides a wonderfully written yet harsh reality on race and an urge for solidarity.

Porochista Khakpour is an author and teacher of creative writing. She has authored countless publications which have appeared in The New York Times, The Los Angeles Time, Slate, CNN, Elle, and more, as well as books such as Sick (2018), The Last Illusion (2014), and Sons and Other Flammable Objects (2007). Sick (2018) was designated the “Most Anticipated Book of 2018,” by countless magazines and journals including HuffPost, Bustle, and The Rumpus where are The Last Illusion (2014), was called the 2014 “Best Book of the Year” by NPR and Kirkus Reviews. She has also taught creative writing and literature at Columbia University, Johns Hopkins University, Wesleyan College, and more. Currently, she is guest faculty at VCFA and Stonecoast’s MFA programs as well as Contributing Editor at The Evergreen Review and The Offing. 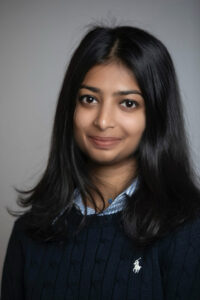 Anjali Mehta is a junior at New York University studying applied psychology and philosophy. After she graduates, she intends to pursue a PhD in Clinical Psychology to eventually practice as a psychotherapist. At NYU, she works with the Mindful Education Lab and is currently investigating the overlap between cognitive neuropsychology and meditation, specifically by researching attention and technology. She is also a certified advanced yoga instructor and MBSR coach.