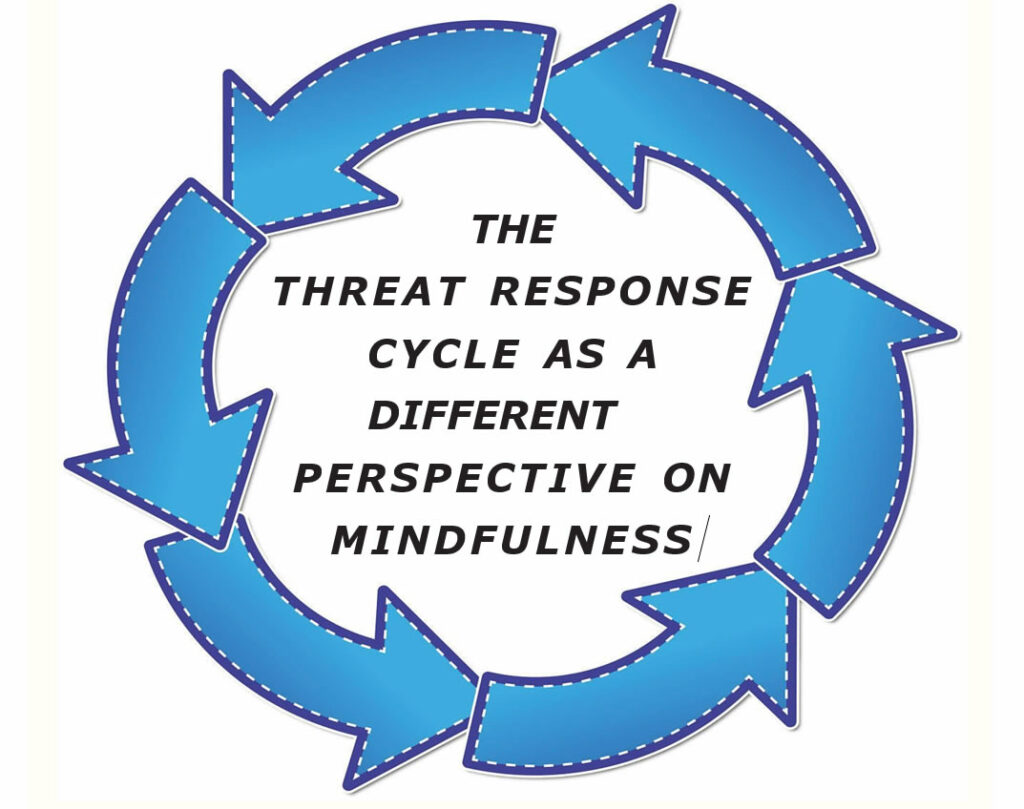 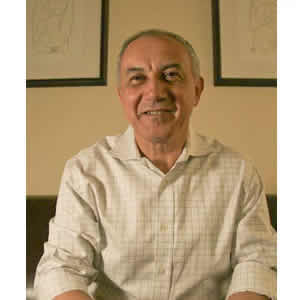 Serge Prengel, LMHC, has been exploring creative approaches to mindfulness in therapy and in everyday life. He is in private practice in New York City (http://ProactiveChange.com), and is the editor of Somatic Perspectives on Psychotherapy (http://SomaticPerspectives.com). He is a graduate of France’s Sorbonne University and HEC School. He is certified in Focusing, Core Energetics and Somatic Experiencing, and also draws from Systems-Centered theory.

The following is something I have presented in workshop form, but not written about. So, even more than usual, I welcome your comments and questions. See end of article for how to send them.

In this article, I will talk about mindfulness, and the mindful pause, within a context that’s different from the way we usually think about these things. Essentially, I will be describing how something similar to the Threat Response Cycle seems to be happening when we take a mindful pause.

Because these concepts are an unlikely pairing, I am devoting a lot of the article to why I would even consider it.

The Threat Response Cycle is something that has been observed by ethologists, people who study animals in the wild.

Peter Levine paid attention to this process as part of his work on understanding trauma. He approached this within the context that there is a continuity between human beings and other animals, i.e. we respond to threat following the same cycle as other animals. Trauma is when we cannot fully accomplish the response that is required in order to deal with a given threat. Then, the implicit movement, and the energy that would be necessary to complete this unfinished business have no place to go and are stored in our body. So, to understand trauma, it is interesting to know the normal sequence in which we respond to threat, in order to better understand where this cycle of response has been interrupted. 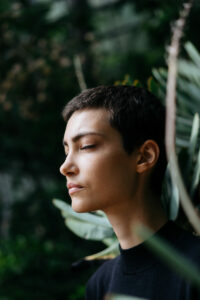 When I talk about this topic, I often encounter some degree of confusion: I seem to be talking about mindfulness, so why did I suddenly introduce the notion of threat, and animals, and also trauma? Is this actually about trauma as opposed to what happens when we take a mindful pause?

Well, I’m just mentioning trauma to explain how I, as a therapist, got exposed to the Threat Response Cycle. And only talking about animals because that’s how scientists observed the cycle.

But then, what does this cycle of response to threat have to do with mindfulness? Are we talking about mindfulness as a way of dealing with threat? No. The only reason I’m bringing up the Threat Response Cycle is because it is a way of processing information that has been deeply ingrained in us through evolution. Not just as human or hominids, even much earlier stages in our evolution. 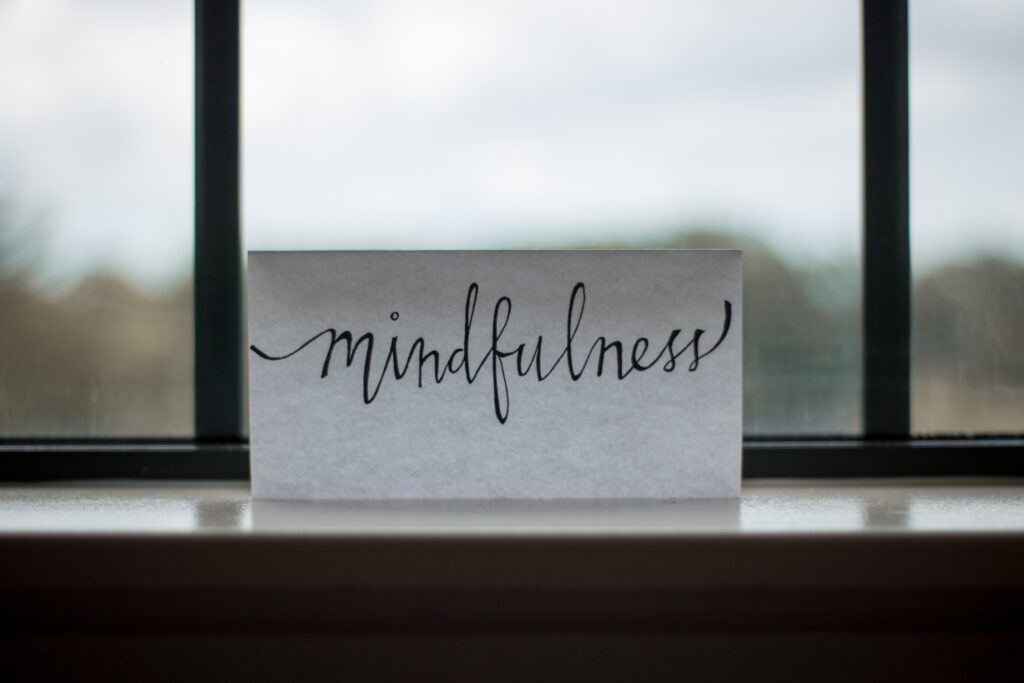 It’s something that structures the way our organism functions. Evolutionary psychology and neuroscience have led us to pay much more attention to those bottom-up processes that we share with animals. To not just pay attention to what happens top down, i.e. consciousness or thought. Seeing the much more elaborate processes that we have as human beings as complementary to the more basic processes, allowing us to perform in a more subtle manner, especially when we’re in a place of relative safety. But, under stress, the more basic processes come back to the fore.

So far, I haven’t yet talked about the topic itself, which is as follows: The Threat Response Cycle, which is the way in which we as well as other animals respond to threat, is a deeply ingrained process through which we deal with what happens to us. Understanding this process can shed some light on what happens when we shift from mindless to mindful.

When I talk about mindfulness, I’m talking about everyday mindfulness as opposed to something esoteric: Mindful as the opposite of mindless. Doing something mindlessly means your mind is not engaged in it: there is a mechanical, or a passive quality to it. It’s not that “mindless” is synonymous with “passive” and “mindful” with “active”. It’s more like giving a sense of some broad circles of meaning, with one that encompasses notions like “active”, or “engaged” (the “mindful” concept), and another that encompasses notions such as “passive” or “disengaged”.

These “mindful” qualities are part of our genetic potential because they had high evolutionary value. Imagine our remote ancestors, living in the wild, in a place where they have to pay attention to finding food and to not becoming food for other animals. There is an obvious advantage to being able to pay attention to what’s happening, and to be alert in a sustainable way. Not hyper alertness, but relaxed alertness. Which is the nervous system state that the Polyvagal Theory ascribes to the ventral vagal branch of the parasympathetic system.

Compared to the way those ancestors walked in the wild, let’s think about how we wander in the woods, say in a state park. We really don’t need to be very engaged in order to follow the path. And so, in a civilized life, there are many times where we don’t have the need to engage very much. I’m not just talking about present times; I’m talking about ever since we have been living in societies more complex than the small tribes we evolved in. People in the time of Buddha had already noticed the same thing.

Now, it’s not that being “mindless” is inherently bad. Being mindless is also part of our natural skillset honed by evolution. If we had to be conscious about everything, we would quickly go on overload. In fact, “mindless” is our default mode, in the sense that the vast majority of our processes occur below consciousness. Something comes to attention only when there is a need for it to come to attention.

And so there was a need for something to jolt us out of our natural mindless mode. It takes a disruption to wake up our attention. Now you see why I am putting this within the context of how we respond to threat. Essentially, because our attention is triggered when we are confronted with a potential threat.

A parenthesis: I do not mean to imply that facing danger is the only time when we pay attention. We get very stimulated by the opportunity of something good. We get engaged in the pursuit of it, and this engagement gets reinforced through the satisfaction we get from it, though the rewards circuits. So, it is not part of what I am talking about here, which is how we shift from “mindless” (i.e. more passive, more disengaged) to “mindful” (i.e. more active, more engaged).

So, what we’re talking about here are situations when there is a need to trigger this shift. We do this by introducing a disruption: the mindful pause. I will describe the stages of the threat response to show how the mindful pause can be seen as a similar process. 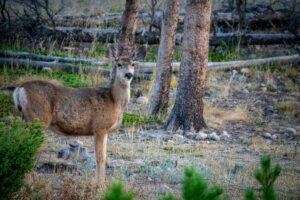 There are five stages to the Threat Response cycle.

The first one is that we stop in our tracks as we notice the disruption. Arrest and startle: Imagine a deer in the woods. The leaves are rustling. The deer stops. Or imagine an animal reacting to a new smell… Something is different in the environment, and warrants attention. If there was no disruption, we would go on our merry mindless way.

Then comes the second step in the cycle: Orienting, scanning, exploring the environment. The deer is looking around, listening. Or the dog is sniffing. The animal is searching for more clues about what is happening, orienting toward what might be causing the disruption. Of course, all of this takes place very rapidly.

The third step in that sequence is assessing whether the situation is a danger or not. For instance, the deer might see that there is nothing threatening, the rustling was just the wind. Then things can go back to normal. If so, the threat response cycle has found a natural end, and life goes on. It may also be that the deer sees something, for instance a human being. If there is actually a danger, then the cycle goes to stage 4, which we are going to talk about soon. But, first, I will make two comments.

One is that these stages are occurring extremely fast. Talking about them as stages makes them seem much longer than they actually are.

The other comment is that, when we talk about evaluating the threat, it seems like a cognitive process, and it’s not. It’s whether or not what the animal sees (or hears, or smells) triggers something in its database of experience and instinct that is associated with danger.

So, let’s say that there is a sense of danger. Now comes stage 4, which is how we respond to danger. There is a hardwired instinct to protect ourselves and our loved ones from danger.  The sympathetic nervous system is activated, and the animal goes into flight/fight mode. A lot of energy is mobilized to deal with the emergency situation, to evade or to fight.

If we cannot do that successfully, and perish in the process, that’s the end of it. If this stage is successful, what then happens is there is a fifth stage. It’s about completion and discharge. It is no longer useful to keep in the body the energy that allowed the animal’s fight or flight; it would actually be harmful to keep it. The energy is physically discharged, for instance through shaking, trembling. That’s the transition between the emergency and normal life, “the war is over”: it’s the completion of the cycle.

Obviously, the animal is not processing this verbally or conceptually, but simply processing it at a physical level in terms of discharging the energy that is no longer appropriate. It is then being able to go back to its normal mode of functioning, which is relaxed alertness.

– – – – – – – – – –
Let’s now go back how this relates to mindfulness and the mindful pause. I gave a hint of that earlier, by positioning it the issue in terms of mindless vs mindful. The general concept here is that mindless is the default mode . . .