From an object-subject relationship point of view, we should never underestimate how challenging it might be for a body-mind system that has been betrayed by humans to trust humans again—to trust the object ‘human’ and to authentically experience that this subject is safe.

It is especially important to explore the complexity of touch and the right touch for people who have undergone traumas of physical, sexual or emotional abuse in their family, when, in fact, inside the family somebody manipulates their most basic attachment needs, where love was demonstrated manipulatively in order to abuse the child as an object for the fulfillment of the perverse fantasies of the adult who was supposed to protect him. 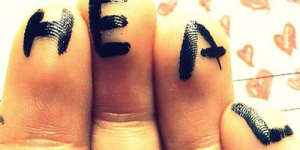 These people, who were born into an evil cradle, are the most wounded people in our society. They have never experienced safe touch or have experienced it partially from a friend of the family who was, at the time, a bystander to the abuse, and there are mixed together the touch and the sense of betrayal that occur in the conspiracy of silence. These people especially need, as a part of the overall psychotherapeutic experience, a space in which they can experience safe touch here and now inside the therapeutic alliance with a secure and safe attachment figure. They need a space in which they can learn to develop themselves ways to cope with the complexity of touch for them. Many of them suffer from intensive somatic-sensory flashbacks that often emerge every second while attempting intimate touch. They learn in themselves the ability to enjoy the right touch here and now, to develop tools such as dual awareness during the somatic-sensory flashbacks in order to enable them to experience pleasure and joy. When their normal desire for another body, for skin-to-skin contact becomes a reality, instead of enjoying it they suffer from unexpected outbursts of somatic-sensory flashbacks that push them into responses of hyper-arousal, such as fight and flight or hypo-arousal such as freezing and dissociation, which do not enable the development of intimacy and deep interpersonal relations. As long as psychotherapists refrain from practical observation of the complexity of touch in the therapy room and continue to maintain the dissociative dualism of Descartes’ split between body and mind, they are, in essence, collaborators in the conspiracy of silence, in which there is refraining from looking into the most painful and realistic places in the individual’s life. It takes courage to look at the profound emotions and painful, hidden, complex landscapes of the human being that can emerge with physical touch. Working with touch enables fuller integration of those parts of a person that were discarded as part of the taboo and restoration of the capacity for pleasure, happiness and physiological and emotional well-being.

Another example of a therapeutic process – with Ronit

Ronit has permitted me to describe some of her story, using an assumed name. To conceal Ronit’s identity I have changed details.

She came to me for treatment because she felt isolated, and her attempts to create new relationships with people failed. Somehow, each new relationship ended abruptly, and she couldn’t understand why it was happening.

When I asked Ronit how she feels physically, she says that frequently her legs hurt her for no apparent reason, and she has suffered from tonsillitis since childhood. After she left home, things improved, but she still suffers recurring tonsillitis the year-round. She is a light sleeper, frequently finds it hard to fall asleep, and is woken by any sound in the house.

Ronit was an abused child. She was hit, cursed, shouted at, and humiliated on a daily basis throughout her childhood until she left home at 20. It seemed that everything could trigger off the slaps and shouts: a broken cup, a spilt drop of milk. Everything, she felt, would end by her being hit. As a little girl, Ronit didn’t understand why she was getting slapped. Over time she learned that her father had principles. Whenever she complied with his principles – not sitting at the table with her feet on the chair, or not losing her key – she wasn’t hit, and could look after herself. 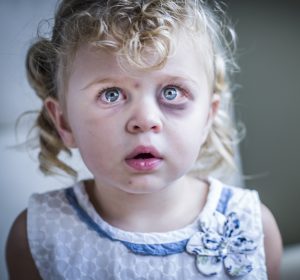 But her mother was unpredictable. She flew into unpredictable attacks of rage. She hit Ronit, shouted at and humiliated her. She said terrible things that Ronit can’t remember. Any given moment was dangerous, and her mother even attacked her at night after Ronit had apparently gone to sleep. Once her mother stabbed Ronit’s sister, who managed to jump aside at the last minute, avoiding injury to her spine. Sometimes the blows lasted a very long time, and were often so powerful that Ronit lost consciousness. Her plastic descriptions of regaining consciousness on the floor after one such attack filled the treatment room.

Ronit learned to live like a little hunted animal, always prepared for the next unexpected violent attack. When she grew up, she started to run out of the house until her mother cooled off. At night she made a point of falling asleep only after she heard the ordinary sounds of her parents sleeping. If there was a movement anywhere in the house, even the slightest one, she would wake up, open her eyes, ready to jump. From the outside, she appeared whole, but inside everything was shattered and broken from the blows and the verbal violence.

Physical therapy, and the links between Ronit’s current condition and her history