John Bowlby and Mary Ainsworth are well known for their work with attachment theory; their terminology often part of therapeutic discourse. Because of their work and that of those who expanded attachment’s parameters in therapeutic settings, there appears to be common agreement that psychotherapy works because of the healing power of the therapeutic relationship and its influence on attachment patterns realized and altered in a secure connection.

What is involved in the relationship—the psycho-neuro-biological antecedents—set the stage for differentiation between mine and yours when it comes to current psychotherapy theories.
According to Rhona M. Fear, one outtake from Bowlby’s Attachment Theory known as the concept of ‘earned security’ fascinated her. As she delved into her studies, she derived what she calls her theory of “learned security”, which, she says is the outcome from the therapeutic relationship that affords change, growth, healing.

In her recent publication, Attachment Theory: Working Towards Learned Security, Fear, a UKCP registered psychoanalytic psychotherapist who has been in private practice since 1994, shares her theory, how it came to be and how it can be clinically applied.

Divided into five parts, Attachment Theory begins (Part 1, Chapters 1-4) with an in-depth examination of attachment both ala Bowlby and Ainsworth and as developed by others in recent years, including Fonagy’s concept of mentalization and its importance in client work. Chapter 4 in this section introduces the concepts of ‘earned’ and ‘learned security’ that are central to the focus of her book.

Part Two (chapters 5-8) describes how, through traumatological life experiences, people develop insecure attachment schemas. Part Three (chapters 9-12), which is considered the central focus on the book, explains the theory of learned security—how it came to be and how it can be of clinical use. Part Four (chapters 13-16) presents case studies including one from a client who wrote his narrative to offer what worked for him and why. Through these case studies, Fear demonstrates how therapists play an essential role helping clients know what it means to experience a secure base, to truly have someone in their life they can rely on. She looks at the effects of a secure base on the client’s emotional and psychological self. Part Five (chapter 17) offers a summary and conclusion.

“A state of learned security occurs when the client gains a sense of having a secure base to which to return and refuel in times of emotional doubt or trauma, and through which he learns to self-regulate his emotions.”

Learned security is a learning process that involves two individuals. It results from the client’s conscious effort, which includes being in the therapeutic relationship for three years or more. It is collaborative and co-constructive. The therapist must “model a relationship where she is utterly dependable, reliable, consistent, honest, open minded, and empathic”; she must be attuned to the client, present, not pre-occupied. Her work is to help the client gain emotional autonomy, to repair therapeutic ruptures, and to help clients get to know themselves.

Noted as an integrative theory, Fear explains that the theory of learned security stems from her meta-analysis of Attachment Theory (Bowlby), the Psychology of Self (Kohut) and Stolorow, Brandchat and Atwood’s intersubjective perspectives. She found commonalities within all three of these theories including their: vision of reality (both ironic and tragic); relational stance (two person psychology); acceptance that a person can self-actualize to reach an optimum level of functioning; use of transference and countertransference; and use of intersubjective empathy (considered invaluable to the therapeutic relationship)—the therapists works consciously and consistently in a collaborative way with the client so they together reach an understanding of the client’s inscape (pg. 133).

The guiding concept of intersubjective empathy
A sustained collaborative process
The need to concentrate upon the client’s (selfobject) transference
The shared belief in an ironic view of reality
The shared philosophical view of the world that is the affective relationship (both transference and the real relationship) that is of primary importance (pg. 141).

For those working from an attachment focused perspective who may want to further study the concepts of earned security, a secure base, and now learned security in the psychotherapy setting, Fear provides a comprehensive guide. She starts with a solid historical foundation to delineate who and what came first and then what developed. She supports, rationally—including current and applicable citations—and anecdotally— with small clinical vignettes—her theory and its usefulness in the clinical setting. Her writing is factual, informative, all the while engaging. Her use of stories to ground data in the personal, brings the richness of clinical narrative to life. 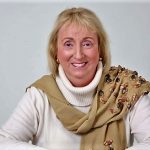 Rhona M. Fear is a UKCP registered psychoanalytic psychotherapist. She has been in private practice in Worcestershire since 1994, and specializes in working with clients in long term therapy. She first qualified as a counsellor in 1990, and then broadened her knowledge by undertaking a master’s degree at Keele University. She then trained as a psychoanalytic psychotherapist.