Home Subscribers Somatic Praxis in Practice Inside Shame Transformation: The Importance of Being Rescued and How that Allows...

Editor’s Note: The client mentioned is actually a composite of three different clients. To avoid any comparisons with real clients, a fictitious name is used, a composite job created, and general descriptors used that belie what was a truly an intensive abusive situation.

“I feel like there is a gremlin in there. Like the movie Alien,” she said and lowered her head. 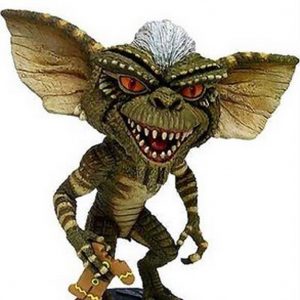 “Would it be okay to place a hand on your belly to offer support?”

“I don’t want to do that.” She stared down at the floor.

My client was a 40-year-old research analyst. She was highly sought after and enjoyed top pay in her field yet she doubted her abilities. Before and during every research project she felt terrible pain and tension in her stomach that lasted until the end of the project when she was assured of her boss’s satisfaction. Without delay the pain and tension returned as each project began anew. “Margret” knew her reaction was not logical. She only earned praise for her work, excellent reviews and top pay. She also enjoyed her work and thought it was a good fit for her personality and mental abilities. She wanted to feel the confidence in herself professionally that she knew she deserved.

“Well, given that there is a gremlin, can we safely remove it before it punches a way out through you into the world?”

“No. I wish, but no. It’s impossible.” She didn’t look up while she spoke. She continued to direct her conversation to the shaggy carpet.

“It’s impossible because you tried so many times or you are not allowed to remove it?” I asked.

She nodded her downward pointing head and wrapped her arms around herself.

“So it’s supposed to stay inside you to do what exactly?”

“I think I used to know, but I don’t anymore. I just know other people can have their gremlins removed but not me.”

This was the first session. My client was clear. Despite the fact that she wanted to shift this pattern now, she believed deep down it was not possible. I knew she had experienced early trauma and abuse, and from the quality of the deadening energy in the room, I knew it was serious soul killing abuse and that she had been very young. I chose to work somatically on what it was like to pet her horse. In our initial conversation, while I was assessing if AST Model work would be a fit for her, I asked her what brought her joy. She told me petting her horse.

As we worked, she spoke in a wooden fashion about ongoing early abuse she experienced when she was a toddler, with her patents as accomplices.

“Gosh, I am deeply sorry she was not protected. That no one could rescue her.” I said referring to her young self.

“She didn’t need it!” Her voice became loud, but she still didn’t make eye contact. Her body was one piece of taut steel. This was Margret anger.

“I am sorry if I have overstepped my bounds. I know you don’t know me. I just feel incredible compassion.” I said. “Is that okay?”

Despite the fact that I was working with an adult who was for all intended purposes “acting her age”, she was also in a state of neuro-biological regression. I said I would like us to rescue her little girl, and she became angry and defensive because she could not allow herself to go there. From her standpoint it was an impossible and fruitless idea that only underscored the truth: she was not protected by those whose job it was and in fact no one ever did rescue her.

In the next session or two, I worked in careful attunement with her, which was discombobulating since no one had attuned with her except an aunt who her parents would never let close. By the fourth session she came into my office different.

“Can I ask what’s happening for you? I said noting an overall sense of anger.

“I could kill them! The whole world for sticking this gremlin in me and leaving it there!” Her 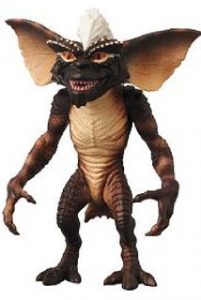 entire body shook slightly as she stood with her fleece still unzipped, her eyes watery.

“We can’t.” She shook her head at me in disbelief as if I had understood nothing of what she had told me.

“Now,” I emphasized. “We can go back there and get her and leave the gremlin there where it belongs, where it can’t get her or you anymore.”

She stared me right in the eye as though we were held in an invisible parenthesis.

“I’m not kidding.” I said. “I get this gremlin is real and you are not here for play therapy.”
She kept staring and then after another 10 or 15 seconds nodded her head yes.

By the end of the 75-minute session she allowed me to rescue her after overcoming many obstacles of impossibility together. She left the session saying she felt nothing was different with her, but the space around her in every direction felt open. In the following session she reported feeling like a different person. She didn’t feel the pit in her stomach anymore, for what she thought might have been the first time she could remember.

She experienced herself, and her updated narrative as someone who was rescued. That made all the difference for her in who she was in the world. She didn’t feel at the mercy of everyone else. This was not simply a new thought but how she felt inside of her. In other words, in her inner awareness the gremlin was gone. She felt able to experience herself and herself with others. This extended to those at her work.

In my experience, although chronic shame resolution work involves slow, incremental shifts, when very deep early needs for external protection are finally met, it can shift the very foundation of someone’s experience in a profoundly curative way. Then the rest of the work is about integrating the shift and actuating it in life sustainably. In my client’s case, this profound shift suddenly opened her up to wanting a life partner. It took over a year to integrate that desire into healthy dating, but she was on her way.

My best advice: Don’t discount what external protection can offer for the chronic shame survivor who faced abuse early in life.

Caryn Scotto d’ Luzia is an innovative somatic facilitator, educator and trainer. She is developer of AST Model of Holistic Shame Resolution®, a neuro-biologically principled, neuro-relationally based approach that specializes in chronic shame relief, building shame and inner critic resilience, transforming shame-based early trauma, facilitating shame-based relational re-patterning, and supporting life-affirming authentic self-expression and empowerment.
She is the author of the following ebooks and articles, Alchemy of Shame Transformation for Therapists and Healing Professionals, Detaching from Shame as a Practice Toward Greater Compassion and Peace, The Yin/Yang of Abandonment Recovery, and Wound & Essence: A Call and Response Approach to Transformation. She is leading a shame-free living movement and training therapists, healers, coaches, and community leaders how to facilitate shame resolution and cultivate acceptance, worth, empowerment and belonging.

Caryn works face-to-face with people around the world on Skype, and in-person in the California’s Bay Area and New York City where she sees adult clients. She offers phone case reviews to therapists, healers, and coaches as well as teaches neurobiological principles through webinars online. On a wider scale, she collaborates with UN affiliated NGOs and Governments to heal collective trauma and post conflict PTSD. She is a Somatic Experiencing Practitioner and a Post Advanced Instructor for Somatic Experiencing Trauma Institute, a member of the UN NGO Committee on Mental Health, USABP presenter, and speaker at the United Nations on the issue of resolving shame in women and girls around the world. 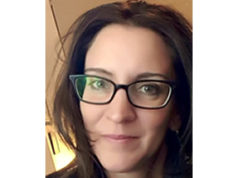 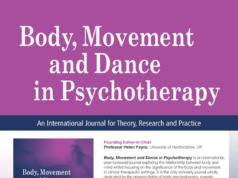 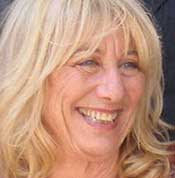 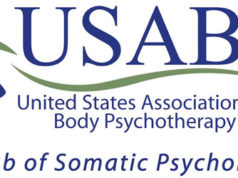