Home Global Perspectives Wizardry in a Group: The Wisdom of Neural Co-Regulation

I’ve been thinking about what exactly happens that makes the interpersonal dynamic become somatic medicine or neural magic that can heal. In a recent newsletter of the American Group Psychotherapy Association, The Group Circle, (Summer, 2016) Stephen Porges shined light on this very topic. During an interview with Philip Flores entitled, A Polyvagal Perspective of Group Psychotherapy as a Neural Exercise, Porges noted:

“I have always been interested in the bridge between feelings and rational thought and this . . . evolved into a model linking nervous system regulation of biobehavioral state to mental and physical health. This . . . led to the development of Polyvagal Theory, a theory that not only provided an understanding of brain-body interactions, but also incorporated an understanding of how social behavior is necessary for physical and mental health. At the core of Polyvagal Theory is the concept of how individuals co-regulate . . . From a Polyvagal perspective, group therapy provides exercises to promote the neural circuits involved in co-regulation and emotional regulation.”

As a group therapist I witness member-to-member and member-to-leader interactions promote not only group cohesion but also psychosocial/emotional growth. By explaining how authentic face-to-face social interactions strengthen the functioning of the vagus system, improves social experience and tamps down sympathetic tone (Flores, 2016), the Polyvagal theory offers a glimpse into the somatic healing power of group dynamics.

My stress management group’s summer session highlighted this phenomenological wizardry, and demonstrated what can occur when meaningful social connection, combined with co-regulation of sympathetic response, is elicited and mutually experienced in a group.

During check-in, Ann, Jane and Tiffany discussed current stressors. Ann reported ongoing conflict in her leadership role in a volunteer organization. Jane lamented being stressed by guilt and shame, residuals of childhood events. Tiffany shared still having “body reactions” –dizziness and nausea that had begun a few days earlier during an important, but routine medical appointment for her twenty-three-year-old son.

Responding to Tiffany’s distress, the group interpreted her somatic sensations as flashback reactions to events of last summer when, for most of July and August, Tiffany’s son had been hospitalized with life threatening heart complications resulting from congenital immune deficiency.

While Tiffany’s strength had been evident to the group over the course of this latest occurrence of her son’s health problems, and while Tiffany herself had reported using intuitive wisdom to sustain herself and even guide the medical team during the event, now she only felt her enervated state. With the recent medical appointment having put closure on the crisis, Tiffany had the opportunity to appreciate her courage and a job well done. Sadly, Tiffany’s cognitive take had nothing to do with her strength.

“I feel weak and pathetic, and I want to shut down and isolate,” she told the group.

The group’s reassurance, however, was no match for Tiffany’s cognitive distortions. Because Tiffany appeared to be stuck in a negative trance state, and based on the entirety of the group’s stressors, a shared experience of neural regulation via mutual parasympathetic responsiveness seemed to me to be the best hope for shifting perceptions into acceptance of strengths.

No strangers to my Ericksonian approach to hypnosis, the group responded easily to suggestions to take a couple gentle breaths and settle comfortably into their seats. Soon their closed eyes, alterations in breathing and changes in posture indicated that they were lightly in trance. Now it was time to orient them toward more resourceful self-assessments.

“Over our time together you have shared support and hope,” I told them. “You have inspired each other and me as well. In a way, you have been like wizards. I have witnessed the way your soul wisdom has brought about shifts in your emotions, bodily sensations, and coping skills, leading to new ways of seeing life, and self and to creating new solutions.” I then focused briefly on each member.

“Ann, despite being a lightning rod for conflict, you’ve demonstrated determination to prevail in your leadership role. Jane, your new voice has been allowing you to speak up in sensitive situations. Tiffany, during the weeks in the hospital with your son, you stayed mindful of soul wisdom despite how frightened you felt.

Now, as you breathe together, listening to my voice, you might begin to experience a personally felt sense of refreshing confidence. Take a few moments to notice where you can feel your competence, your confidence, your strength. When ready, take a couple easy breaths and anchor these sensations into your body, for they are part of your soul wizardry, the wisdom you can remember to access in any situation.”

When the group reoriented for report and support, shifts into strength were revealed. Delighted, Ann now was feeling courage as a sensation spreading throughout her body. Relieved, Jane had felt what it was like to speak up to old negative feelings. She reported lessening of shame while imagining a “white band” across her forehead, like a “sweatband” catching the old guilt.

With a hand on her belly, and expressing appreciation for the group’s support, Tiffany reported that queasy feelings had been replaced by “feeling courage in my gut.” Then she went on to say, “I forgot to tell you that my daughter is in London ready to start her new research job. And I’m worried.”

“There’s always another opportunity to trust yourself.” Jane reassured in her surest voice. “Your daughter has a newly minted PhD, and now you have newly minted awareness of courage. You can rest reassured that you have the strength for whatever comes next.”

The smile on Tiffany’s face assured me that this time she could talkie it in.

Later, wallowing in warm gratitude for having been both witness to, and part of the wizardry, I felt renewed appreciation for the soma and soul power of groups. These feelings brought a thought to mind:

Didn’t we know about co-creating “good vibes” in the sixties? I chuckled to myself? Could Woodstock not be exhibit A? It seems that Polyvagal theory applied in a group produces something like scientific “magic,” a kind of natural high.

Might the phenomena of neural co-regulation and mutual parasympathetic responsiveness be applicable to addictions and other modes of treatment . . .?

Well, it’s possible that you might like to read the entire interview with Stephen Porges and Philip Flores, so here’s the correct link

To read Bette’s blog as a PDF file click here 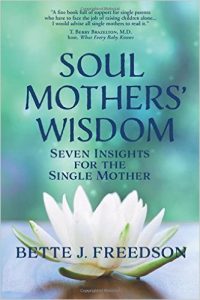 stress management, parenting issues, recovery from trauma and the development of intuitive insight. She maintains a private practice in southern Maine with her husband, Ray Amidon, LMFT. 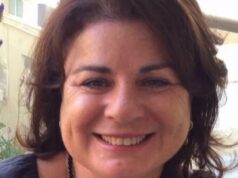 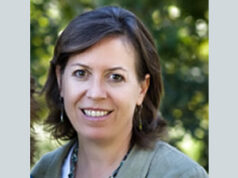 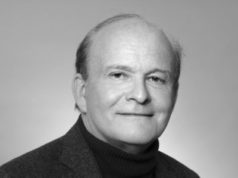 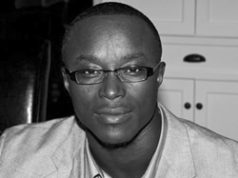