Home In Memory Of Jaak Panksepp passes at age 73

“I think the more we know about the emotions of other animals, the more we will understand our own emotions,” Jaak Panksepp, a neuroscientist, once told an interviewer.
Jaak Panksepp, a neuroscientist who helped reveal the emotional lives of animals by tickling rats and listening to their ultrasonic laughter in experiments that upended his field and opened new possibilities for the treatment of depression and other forms of mental illness, died April 18 at his home in Bowling Green, Ohio. He was 73.

The cause was cancer, said his wife, Anesa Miller.

For much of his career, Dr. Panksepp was brushed aside by colleagues who accepted the prevailing notion that emotions were uniquely human experiences. Dr. Panksepp — along with many pet owners — suspected otherwise, and he sought to prove his intuition through the rigors of science.

“People don’t have a monopoly on emotion,” he once said. “Rather, despair, joy and love are ancient, elemental responses that have helped all sorts of creatures survive and thrive in the natural world.”

He was long associated with Bowling Green State University where, in the late 1990s, he conducted the experiments with lab rats that would vault him to national renown. He recalled walking into the laboratory one day and remarking to an assistant, “Let’s go tickle some rats.”

He credited a graduate student with repurposing a bat detector — a tool capable of recording high-pitched sounds — as the instrument they would use to listen into the rats’ laughterlike chirps. “Lo and behold,” he told the Toledo Blade in 1998, “it sounded like a playground!”

Laughter, Dr. Panksepp understood, was indicative of emotion in general and joy in particular. His discoveries were significant because they challenged the idea that emotions came from the cerebral cortex, the part of the brain that performs complicated thought characteristic of human cognition.

His research supported, instead, the view that emotions originated in more primitive areas of the brain, such as the amygdala and the hypothalamus, according to Discover magazine. The research expanded possibilities for treating depression and other emotional afflictions through therapies such as deep-brain stimulation.

“Jaak Panksepp has taken on many unusual roles in his storied career, but none so memorable as rat tickler,” Discover wrote. “. . . Panksepp’s interspecies game-playing garnered amused media coverage, but the news also stirred up old controversies about human and animal emotions.”

It also brought the study of emotion into the realm of science, when it had previously been relegated to philosophy, said Casey Cromwell, a professor of psychology and neuroscience at Bowling Green State University.

Through his research, Dr. Panksepp identified neural circuits for seven emotions common among mammals from humans to rats. The positive emotions included seeking, lust, care and play; the negative ones were rage, fear and panic. He captured the popular imagination in part through what he described as a “cross-species friendship” with the lab rats.

In his efforts to maintain scientific standards, he considered using machines to tickle the rats, but “they were nothing like the human hand,” he told Discover magazine.

“Tickling has to be done in a joyful way. It has to have the characteristics of play,” he said. “The first animal worked and every animal worked. We got totally addicted to this. Give an animal a really good time, you know? They become so fond of you, it’s unbelievable.”

Dr. Panksepp’s work was credited with expanding knowledge of autism and attention-deficit/hyperactivity disorder. His textbook “Affective Neuroscience: The Foundations of Human and Animal Emotions” (1998) is regarded as a classic in the field.

He was credited with demonstrating the importance of unstructured play, not only for animals but also for humans, at a time when many parents report having increasingly less time for such interaction with their children.

Jaak Panksepp was born in Tartu, Estonia, on June 5, 1943. His parents, who were prosperous farmers, fled the advancing Soviet army in 1944 and sailed with their family across the Baltic Sea to Northern Germany, where they lived as displaced persons.

When Jaak was 7, they immigrated to the United States, settling in Bethel, Del., where his father worked as a farmhand and where Jaak attended a one-room schoolhouse. When he was in his teens, the family moved to Lakewood Township, N.J. — home to a sizable Estonian community — where his father found work as a mason.

Dr. Panksepp supported himself through his university studies of psychology, psychobiology and neuroscience. He received a bachelor’s degree from the University of Pittsburgh in 1965 and a master’s degree in 1967 and a PhD in 1969, both from the University of Massachusetts. He traced his interest in the mind to his time as an undergraduate, when he worked nights as an orderly at a psychiatric hospital.

Dr. Panksepp joined Bowling Green State University in 1972, remaining there for decades. In recent years, he taught at Washington State University in Pullman, Wash. Besides his noted guide to neuroscience, his books included “The Archaeology of Mind: Neuroevolutionary Origins of Human Emotions” (2012), co-written with Lucy Biven.

His marriages to Sara Shilts and Janet Box ended in divorce. Survivors include his wife of 26 years, Anesa Miller of Bowling Green; a son from his second marriage, Jules Panksepp of Portland, Ore.; two stepdaughters, Ruth Pogacar-Kouril of Cincinnati and Antonia Pogacar of Washington; and a granddaughter. A daughter from his first marriage, Tiina Panksepp, died in 1991. 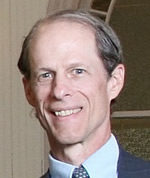 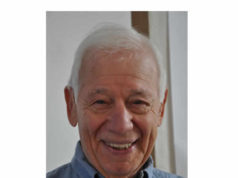 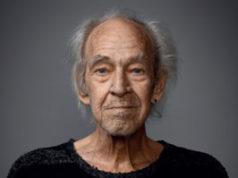 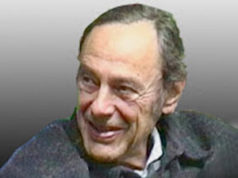 EUGENE GENDLIN, GROUND-BREAKING PSYCHOLOGIST AND PHILOSOPHER, HAS DIED AT AGE 90