Home Authors Reflections On Writing The Practice of Embodying Emotions 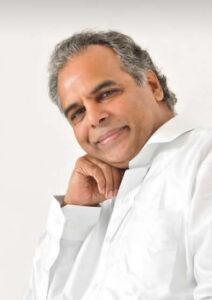 One thing I have learned about myself is that I am intuitive. An idea appears to spring forth from the depth of my unconscious, without much form but with enough felt sense conviction to pursue it. It acquires shape and clarity and is reality tested in the process of expressing it, teaching it, or writing about it. It is not unlike the process that a painter might undergo in bringing an inspired image in one’s mind’s eye to the canvas. I now understand and accept this as my creative process. I am sure that others have their own ways of creating. It would indeed be very odd if creativity, that by the very word connotes infinite possibilities, is confined to just one way of manifesting!

I have not always had the benefit of the current functional understanding of my creative process, the one I have outlined above. The dominant, unconscious, and rather dysfunctional understanding of the process that has held sway for much of my life is a punishing delusional perfectionistic fantasy, probably shaped by abuse in childhood. That it flows or should flow perfectly from one’s mind to paper with no mistakes whatsoever. Delusional as it is, it is an emotionally compelling conditioning, that is always there like my very shadow causing much suffering and carnage in every birthing process, big and small. I once nearly failed a university exam in a favorite subject because I had to tear up the answer paper forty-five minutes into a three-hour exam to start all over again because I could not bear the imperfection of what I had written! That this reflection piece could have been written earlier, that I had trouble finding the motivation to write it this morning, is a testament to its staying power. However, once I started to type, despite the resistance from the anticipated suffering from the unrealistic performance standards imposed on the creative process by the critic, it lost its power in the joy of the reality of the intuitive creative process I have come to increasingly own and enjoy as my own. Thank God!

I often wonder how I have managed to achieve as much as I have in this life, two graduate degrees and two doctoral degrees, licensure as a clinical psychologist, and now a book, despite having such an annihilating critic looking over my shoulders all the time. (I often joke that I should go back and get another undergraduate degree to make up for the asymmetric imperfection in my academic record). I am sure that there are many alternative explanations for my achievements including the illusion of free will that would suggest that it could not have been otherwise. I have also a more down-to-earth explanation. When the fear of absolute failure exceeds the fear of failure from the imperfection in the outcome of any effort, I am emotionally compelled to act, no matter the consequence, despite the critic. In a way, I am glad that I have this enormous fear of absolute failure, whatever it might be, rearing its ugly head to become a dominant motivating force in different stages of my life. In those moments of pure abandon, akin to moments of dashing across the freeway with one’s eyes closed as though pursued on the one side by a starving tiger, yet somehow unconstrained by the usual hyenas of the inner critic, I find my creative process unfold, despite myself. And however imperfect the outcome might be, there is no mistaking the gratification felt in having spontaneously created something, a gratification I long for. 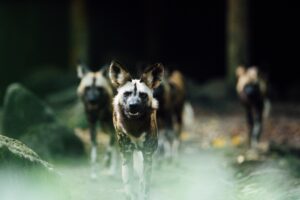 SPT Magazine is pleased to announce the release of Volume 12, Number 1, 2022