Reflections on the writing process

By Nancy Eichhorn, with Beatrice Beebe

Beatrice Beebe entered graduate school at Teachers College in 1968 to study mother-infant reciprocity and infant emotional development. Despite less than encouraging faculty support (she was told infants were undifferentiated and to study children whose emotional development was far more interesting), she pursued a joint doctorate in developmental and clinical psychology. This was no slight undertaking during a time when paradigm shifts were occurring and, with new research on the horizon, more were to come.

A host of influential teachers/researchers became powerful mentors and collaborators in Beebe’s life over the past 40-plus years including George Rand, Herbert Birch, Daniel Stern, Joe Jaffe, Fred Pine, Sid Blatt, and Frank Lachmann. Over the ensuing years she published countless articles and five books. And now her publication, entitled, The Mother-Infant Interaction Picture Book: Origins of Attachment, co-authored with Phyllis Cohen and Frank Lachmann.

“Infants and mothers are my teachers,” she shares. “I learned a great deal from watching mother-infant interaction. But I learned something different by interacting with the infants myself: how to slow down, how to tolerate long periods of very little happening, how to do less. I learned how to match the rhythm and cadence of the infants’ facial and head movements, breathing rhythms, or hand gestures. All of this I learned out of awareness. I became aware of it only gradually as I studied the videotapes of my own interactions with the infants” (Beebe 2014, p. 21).

This newest book is based on Beebe’s research (with many collaborators and students over the years) of mother-infant interaction at infant age 4 months. The research involved the second-by-second microanalysis of mother-infant dyads videotaped playing face-to-face. Beebe’s technique of video microanalysis captures moment-to-moment sequences of interactions, capturing subtle details too rapid and complex to grasp with the naked eye. The research shows that these details can be used to predict the infant’s attachment style at one year.

Understanding these details creates an opportunity for early intervention. Beebe shares that the idea of the picture book came from her desire to demonstrate what these interactions look like, while protecting the mothers’ and their babies’ identities.

Dillon Yothers was able to draw pictures of the mothers and infants and capture movements and facial expressions all the while preserving their emotions. Further, he was able to disguise the participants’ identities. In the lab, face-to-face interactions are filmed with two cameras, one on each partner, generating a split screen view. As a result, the picture book’s drawings depict the mother’s and infant’s faces side-by-side. But, Beebe urges the reader to remember that each drawing actually captures a separate camera view.

The Origins of Attachment

Beebe began investigating the origins of attachment in 1985 with a team of investigators (Jaffe, Feldstein, Crown, and Jasnow) (See Jaffe et al., 2001). A more recent study again successfully predicted attachment from 4-month mother-infant interactions (Beebe et al., 2010). Mother-infant face-to-face interactions were videotaped at infant age 4 months. When infants were one year, mothers and infants returned for an attachment assessment. This design enabled the team to identify patterns in the 4 month interactions that predicted the attachment strategy that would emerge at one year.

The Strange Situation (Ainsworth et al., 1978) was used to assess attachment. The Strange Situation measures attachment through a series of mother-infant separations and reunions. Specifically, attachment classifications are based on four interaction behaviors directed toward the mother during the reunion episodes: proximity and contact seeking, contact maintaining, avoidance of proximity and contact, and resistance to contact and comforting. Securely attached infants tend to use their mothers as a secure base for protection and nurturance; these infants recover easily from the separation and easily return to exploration and play. Insecurely attached infants show difficulty with the reunion process. Insecure-avoidant infants show little distress at separation and avoid the mother at reunion, continuing to play on their own. Insecure/resistant infants are very distressed at separation but cannot be comforted by the mother’s return; they often struggle to return to play. Infants who show incomplete movements and expressions, simultaneous displays of contradictory approach/avoid patterns, confusion and apprehension, and momentary behavioral stilling, are classified as disorganized. (Beebe 2010). 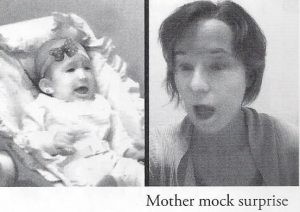 As the book is a stationary medium, Beebe says that readers will need to learn to use their own eyes to create movement by shifting back and forth between two drawings. The book includes a DVD intended to help readers grasp the correct technique for viewing the drawings. Beebe narrates several sequences of mothers and infants interacting. She points out the subtler movements and offers interactional meaning. Viewers are guided to notice subtle behaviors (gestures, vocalizations, facial expressions) that are hard to pick up in real time in order to truly see how each partner influences the other. The DVD features one mother playing with her 3 ½-month old infant first in real time and then frame-by-frame. This segment demonstrates the power of the frame-by-frame analysis as it reveals fascinating nuances in behavior not perceptible in the real time video. This introduction prepares the reader to study these subtleties in the frame-by-frame drawings.

An important feature of the book is the description of each drawing. Beebe collaborated with Phyllis Cohen on these descriptions. Beebe notes that she and Phyllis Cohen could describe about four drawings in one hour. With 190 drawings, that’s approximately 50 hours.

“Face-to-face communication is very fast, both in adults and mothers and infants,” Beebe says. “When we watch people interacting in real time, we often do not see subtle aspects of the interaction. When we slow it down, and view it second by second, or by fractions of seconds, we see a new subterranean world of the details of interactions” (Beebe, 2016, personal communication). “Viewing the film frame-by-frame is like having a social microscope. You can see how each person affects the other, moment by moment. You can see who acted first- did the infant turn his head away first, and then the mother moved her head in close, looming in? Or did the mother loom in first, and then the infant turned his head away?” (Beebe, 2016, personal communication). 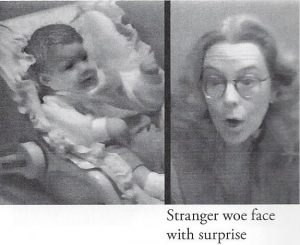 “Microanalysis allows us to characterize the nature of the 4-month infant’s procedural representations, or emerging ‘internal working models’ of attachment: (Beebe, 2016, personal communication). “Metaphorically it measures expectancies of ‘how I affect you’, and ‘how you affect me’” (Beebe, 2014, p.6). 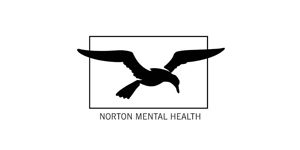