Home Book Reviews Together: The Healing Power of Human Connection in a Sometimes Lonely World 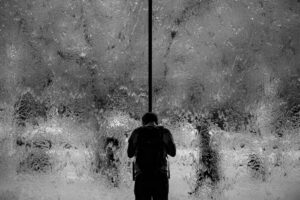 In 2018, one block away from my university dorm, a student committed suicide. His head was in a plastic bag when his roommate walked in and found him dead. Rumors were flying around: victim was an Indian. No, he was an African. Wasn’t he Chinese? Rumors guessed about potential death causes, and one important factor was loneliness.

Loneliness has become a crucial problem in contemporary societies, and human connection in social settings help us heal both physically and mentally. Such is the theme of the book Together: The Healing Power of Human Connection in a Sometimes Lonely World. Loneliness has its evolutionary basis, according to the book’s author Dr. Vivek H. Murthy, the first Surgeon General of the United States of Indian descent. According to Dr. Murthy, it’s a universal phenomenon worldwide. The solution to loneliness is finding a community to connect with others in the society. However, the stigma around loneliness, which makes us believe that showing our loneliness is shameful, prevents us from stepping out of our comfort zones to connect. Dr. Murthy wrote Together with the hope of bringing people closer together, to create connections even as we endure this global pandemic where social distancing is enforced. 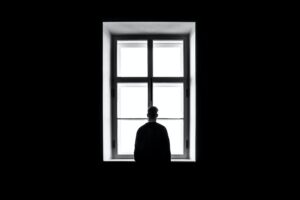 Reading this book in the beginning, I felt like I was listening to my grandparents lecturing me with clichés—we are becoming lonelier due to society advancements, but we need to find our communities. As the book proceeded, it started to hit me hard in the head—I started to reflect deeply on what I had never questioned myself. To start, the book argues that loneliness is a friendly reminder, not a negative stigma that we just want to get rid of. This is an unconventional categorization of loneliness. In this perspective, loneliness is similar to hunger. When we are hungry, we eat. So, when we are lonely, we look for outside connections. Such normalization of loneliness not only prevents the establishment of negative associations we tend to think of when mentioning loneliness, it also helps people to react quicker instead of tripping over the thought, “Why do I feel so lonely?” In fact, I often treated loneliness more as a threat than a signal, leading to my exaggerated loneliness. When we focus on loneliness itself instead of seeing it as a reminder for connections, we tend to be trapped in this negative feeling. We then self-doubt and feel abnormal and shameful to share our concerns. But when we see it as a friendly signal from our mind, we can override our negative judgments about ourselves and embrace loneliness to progress further. 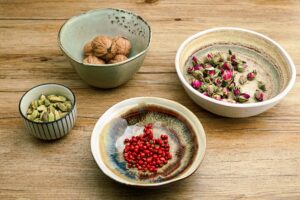 Because of his Indian descent, Dr. Murthy’s identity and his immigration background lead him to also focus on loneliness from the perspective of cultures. He proposed a model of how different cultures nurture various types of relationships. I think his model must be one of the most innovative and appropriate in so doing. He said: this model is like a bowl, with different cultures having different bowl shapes. People living in certain cultures interact differently depend on the bowl’s shape.

For example, many individualistic cultures in the West have a bowl of great width and modest depth. People within such communities walk around freely with no enforced contact with each other. Sometimes, people come across others and establish relationships. But closeness is never a necessity in such individualistic cultures. Loneliness is aimless wandering in the bowl alone. For collective cultures, however, bowls are narrow and deep. This leads to everyone so close to each other with almost no space to be oneself. Everybody stands shoulder-to-shoulder, even stepping upon each other for mutual support. What we need to achieve, as argued by Dr. Murthy, is a third bowl to include the benefits from the above two bowls. This bowl makes group interactions necessary for individual development and at the same time gives room for everyone’s free expressions.

However, this is harder to do than to say. It’s almost impossible to build a united community in individualistic Western cultures by just introducing programs promoting kindness in our neighborhood. This type of propaganda normally only attracts people who are already interested or are already doing similar things, instead of attracting people who tend to be alone and value individualistic ideas the most. So, the effectiveness of his proposal is under question. In my opinion, the best way to connect people in an individualistic culture is to gather them together through their individual benefits. For example, in order for residents of luxury apartment buildings to find a community, provide them options to provide feedback about their neighbors. People with the worst feedback would potentially face difficulties continuing further residency in the building. This way, feedback forces people to mingle and say hi to each other. But in conclusion, any measure to turn a culture in its opposite direction, even in a little bit, is extremely hard to do because cultural norms already create inertia. 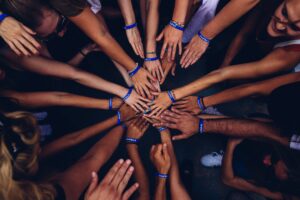 After loneliness, the book discussed the process of connection. On connection, there was one point that might be inspirational to every current society. A good community is based on a good belief that connects everybody together. However, if this communal belief is based on hatred and exclusion to groups that are different from our own, then the community is more vulnerable to loneliness. The book used the example of Derek, the son of a former Ku Klux Klan leader. He felt a strong community connection before going to college because he was surrounded by an extremist community with shared beliefs about other races. Derek didn’t have the chance to step outside of his group, so he took their group belief for granted. However, as he found out the truth about his community and their distorted racist beliefs, he aligned with the outside world, leading his former community to exclude him. Therefore, he felt extremely lonely since the outside community also excluded him because he was the son of a KKK leader.

Such cases of false communal beliefs are everywhere around the world, especially during this special COVID-19 time. We wake up to news every day. Based on different geographical locations you hear different sides of the story. Nevertheless, the content is always similar. For people in the US, they see news about how the Chinese government did a bad job while they United States has everything under control. For people in China, using a personal experience, the news is mostly about how the Chinese took control fast while the US is still not enforcing social distancing. Each side is blaming the other for their fault while taking credit of their own side. 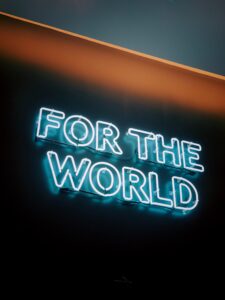 During a global pandemic where almost every country is infected, claiming our differences and emphasizing WE or YOU is not helping the global spread. We are pushing people away from our border saying, “You don’t belong here, go back to your country and infect your people, not ours.” It’s understandable that any country has limited resources and our own group should be taken care of at first. But still, it’s sad to see people grouping each other based simply on skin color differences, or ethnicities, or nationalities. I thus wonder what it might be like if the categorization of communities was based on humanity, not on specific human features. With all the supportive connections, it might be a wonderful world with the most efficient dealings for this pandemic.

Such belief problems also cause racism to be prevalent in the current society, no matter which country it is. Just as the book said, when a community that serves empathy only for its own like-minded members, it is destined to be alienated by the larger society. If we only allow members to get in our community by the way they look, such connections are too conditional to sustain. For many communities, we welcome people of our own race but disrespect those who are not. This practice will always be condemned, either by the outside, or the inside conflicts. Why don’t we broaden our empathy for a larger group with criterion based just on justice and humanity?

In conclusion, Together is an insightful book for all of us who are actively practicing social distancing at the moment. It showed the origin of loneliness and ways to connect with others. With its lively narrative stories of patient cases and the writer’s personal stories, the book does a good job focusing our attention on the rising problem of loneliness and the importance of human connection in order to heal both our physical and mental health. Just as the book argued, Covid-19 increases our physical distances indeed, but this precious shared experience may pull us even closer. 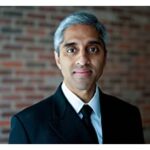 Vivek H. Murthy, M.D. is the 19th Surgeon General of the United States. He graduated from Harvard University and earned his MD & MBA in Yale University. He also founded the nonprofit Doctors for America in 2008. 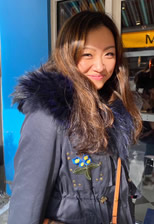 Yifan Zhang, currently studies psychology at New York University as a sophomore. She is passionate about music technology and social psychology, hoping to use music to improve social
relationships between people.

Man in front of blurry window: Samuel Austin on Unsplash

For the World: Jon Tyson