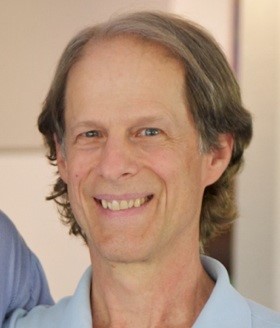 I was asked by Nancy Eichhorn, PhD, to elaborate on comments she heard me make during the December 2017 APPPAH Congress in San Diego. I gave a presentation entitled “Polyvagal Theory: An Overview” in which I briefly explained the main concepts of Stephen Porges’ work and discussed its importance especially in the context of pre- and perinatal psychology. I used Babette Rothschild’s chart (The Body Remembers, Volume Two, Chapter 2, inserted after page 38) to illustrate how I think the full value of Porges’ discovery has not yet been fully realized.

I am a big fan of Rothschild. Her earlier book (2000) elevated awareness of the autonomic nervous system (ANS), the substrate of all health, in the psychotherapy world, and taught us to look for and precisely recognize ANS signals in order to appropriately support recovery from trauma. Her new book adds excellent additional detail, including a “six-categories-of-ANS” poster that can now be viewed on the wall of our classroom at CSES. The bulk of the book is about therapy insights, which I found to be excellent; my concerns were just in a few pages of her Chapter Two.

The problem for me starts with Rothschild’s description of Polyvagal Theory (PVT), which occupies two pages in the chapter. She summarizes PVT as being the discovery of the “ventral vagus” function as distinct from the previously-known “dorsal vagus” function, which is the foundation of the parasympathetic branch of the autonomic nervous system. Both down-regulate the heart, but in different ways. She states that calm states arise from the ventral branch, and that collapse states arise from the dorsal branch. This is not all wrong, but for a person of Rothschild’s immense professional stature, I was really hoping for more.

As a side note, in Rothschild’s five paragraphs, there are two trivial errors: (1) the adjectives “ventral” and “dorsal” refer to the positions of vagal nuclei in the brainstem, not the body generally, and (2) “ventral vagal” is not exactly synonymous with “parasympathetic calm.”

More importantly for me, Rothschild does not convey the real significance of the Polyvagal Theory. She provides substantial commentary to say that she is not “picking sides” in the “debate;” however, I think she should articulate the two sides accurately, whether she is taking a side or not. One side is the familiar dualistic ANS model, and the other side is the new PVT model; the former is well-known, but the latter is not represented well. She makes the point that a synthesis of the two would be good, and I agree, but she does not venture far into that territory in this book.

This writing is to represent my perspective. I have been exploring and testing PVT for 17 years and found it to be repeatedly confirmed, and I like to take any opportunities that arise to explain it.

To purchase Babette’s book, click the image below. Yes, if you buy the book using our link, we receive a few pennies, and we sincerely appreciate your “donation”, which will help us continue providing our readers incredible articles, reviews, interviews and more.