Contemporary Reichian Analysis represents a model for Analytical, Clinical and Body Psychotherapy that has been developing, uninterruptedly, along the arrow of time since 1933. It has always moved on, passing in continuity, from Wilhelm Reich to Ola Raknes and to Federico Navarro, until reaching me, and I still have the honor of sharing it today, in 2022.
It is a model which reads the body in psychoanalysis and reads psychoanalysis in the body, connecting and implementing data from the neurosciences, which have been validated over time. Furthermore, our model maintains open channels of communication with all the other schools of psychotherapy.

In this article, I will introduce a set of grammar clarifying body psychoanalysis, which extends not only to psychopathology, itself primarily interpreted as being bottom-up in terms of evolutive time, but also, to clinical psychotherapy, that follows. Perhaps I am outlining a new position, certainly it takes the Reichian paradigm deeper, or is, rather, a “change in the visual gestalt” as Kuhn might put it. It represents a change in the mental architecture of observation which emerges from a different way of feeling, I might add.

I will go on to 3D Character-Analytical Vegetotherapy space-time-depth in three-dimensions, which I hold to be an improvement on the methodology developed in 1935, which has revealed itself to be highly appropriate in psychotherapy.

Today’s Character-Analytical Vegetotherapy certainly involves the Analysis of the Patterns of Character Traits followed by appropriate Body Psychotherapy through specific, targeted activations. Most bodily activations, or “actings” are phylo-ontogenetic movements deposited in each of us during the development of the evolutive stages. In the setting, bodily activations work like real passwords, which can activate “that time” of relational experience for each person, allowing entry into the depths of the evolutive stages and the stage transitions, as if they were “drawers of time”. 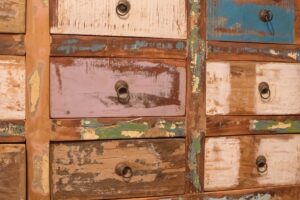 “3D” Character-Analytical Vegetotherapy, in fact, acts along the ontogenetic arrow of time, along which lie the sequence of marks incised during the person’s life, together with their etiology, as a narration of the individual’s successive evolutive stages. Primarily, life takes a bottom-up direction, with bottom-up and top-down circularity, and it has negentropic evolutive movement from conception and intrauterine time onward.

In “What is life?” (1944), Erwin Schrodinger, a Nobel prize-winner in physics (1933) and the father of quantum mechanics, defined negentropy as “a negative variation in entropy compared to an original value, such as the birth of an individual, the origin of life or the beginning of biological evolution”. Ola Raknes (1972) also talks about negentropy, saying, “Orgone energy is negatively entropic and negentropy is essential to the creation and maintenance of life” (p. 68-69).

Body to Mind is, thus, the direction of Negentropy. From the body to the mind is, in fact, the evolution of a person’s Arrow of Time. This means that the new necessity, arising for psychotherapy and psychopathology, is reaching aspects of pre-subjective relationships, starting from the intercorporeity of the Primary Object Relationship in the first 500 days of life. In ontogenesis, Intercorporeity, precedes and then accompanies Intersubjectivity, reflecting the passage from Self-Object to Self-Subject in the Primary Object Relationship. It is a journey from Conception to Weaning, from water to air, from amniotic fluid to skin contact, from darkness to light, from the uterus to the breast, from inside to outside, from the umbilical cord and placenta to lips and nipple and from the 6th relational bodily level (umbilical-abdominal area) to the 2nd relational bodily level (mouth).