Dr. Christopher Walling, PsyD, C-IAYT shared work he is doing at the Alzheimer’s Research and Prevention Foundation during his webinar sponsored by the United States Association for Body Psychotherapy. He  presented current research outcomes regarding the delayed onset of Alzheimer’s as well as age related cognitive decline and ways to incorporate yoga and meditation to offset the loss of memory and cognition.

The statistics he shared were “staggering”

According to Dr. Walling, time does not heal, it only conceals the impacts of a lifetime of stress that lead to decreased brain function. Stress, he said, increases risky behaviors leading to:

He discussed Telomeres (DNA segments at the end of chromosomes) and how stress shortens them, leading to eventual cell death.

And he talked about the psychology of Alzheimer’s prevention, which includes practices and interventions that focus on

He talked about the Four Pillars of Alzheimer’s prevention:

He shared the work being done with Kirtan Kriya, a 12-minute daily meditation that is yielding significant research results that involve the posterior cingulate gyrus (increases in blood flow that allow the brain to grow new brain cells), and improvements in concentration, focus and attention. You can experience this process by clicking the video link on our homepage.

The benefits of Kirtan Kriya include: 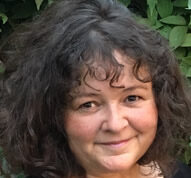