Home Book Reviews Learning From the Germans: Race and the Memory of Evil

Imagine revisiting a country that once committed atrocities to your own populations; seeing people going about with their everyday lives normally or waving, smiling as they pass you by. How would your instincts lead you to react? Forgive? Move on? Or even, as Susan Neiman suggested, learn from them?

Susan Neiman has a unique background to write  Learning From the Germans: Race and the Memory of Evil. She knows the duality of belonging to groups of people who are marginalized and discriminated against all the while being considered privileged in other circles. As a white southerner, she stood up against racism generated among her own skin color towards people of color, a color opposite to her own. She seemed to belong to Jews but to Jews she was an American; she seemed to belong to the privileged white group, but she is a Jew who are also victims of discriminations from Caucasians sometimes. This ambiguous, intertwined nationalities, ethnicities, and living contexts make her a perfect fit to provide audiences a new perspective—she calls upon us to learn from the Germans, who should have been her biggest enemies. She urges us to spot the commonalities among different countries, in terms of the development of discriminations, coping of racisms, as well as the flaws and returns of racism when we try to eliminate them.

The book’s main point is to use comparative redemption to reveal how the USA and Germany came to terms with their discriminative past, and how Americans in the deep South learned from the way Germans dealt with Nazism and reparation. Overall, the book’s contents are promising during our current climate of macro and micro racial discriminations that are persistent all over the globe.

In terms of structures, the book is divided into three parts. The first is an empirical comparison between America and Germany and how they dealt with racism in the past. For example, for Germany, the country has shown progress in dealing with racism by opening up borders to accept refugees of color, and it has shown its regret by a zero-tolerance policy towards Nazism through self-reflection of its discriminative history, but racism is far from complete eradication in Germany. As for Southern America, confederate flags as well as racism were still asked to be kept flying in the region, as proposed by one of the advocacies of the current President Donald Trump. The second discusses the legacy of racism in America’s deep south. The third deals with a reflection on how things ought to be, such as how to educate future generations about our pasts and how to peacefully come to terms with those shameful deeds, for example, building statues of correct examples, and eradicating existing statues of white supremacists.

In each section, the author’s narrative flow is well designed. Her unique narrative approach is my favorite aspect of the book. Instead of drowning us with facts of all the discriminative histories in Mississippi regarding African Americans, she used connections, references, connotations to string everything together. For instance, she started on page 137 by sharing her driving experience in Mississippi. She wrote about the views she saw, the speed she drove, and how the experience reminded her of victim’s names of victims. She further shared how those names then reminded her of all those familiar names she heard in those famous songs under the genre of Blues, which also originated from Mississippi. Especially this song called ‘Ode to Billie Joe’, written by Bobbie Gentry, a song talking about how a guy committed suicide by jumping off the bridge into the ‘Tallahatchie’ river. 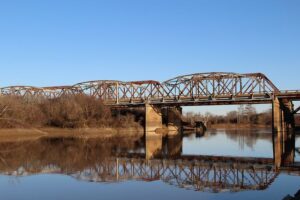 The river that she happened to drive past. At the very end, she said this again reminded her of another name ‘Emmett Till’, who was a 14-year-old African American who was lynched and his mutilated body was thrown into this same ‘Tallahatchie’ river. This all flashed in her mind while she was driving, thus making her speed faster again. All the above flowed and connected with each other by a shared string of thought, each different, yet serves the same purpose to condemn the racial discrimination in America’s southern states.

However, without background knowledge of the references she uses, the book might look confusing and plain with just a bundle of names jammed together to be compared with another bundle of names that sound unfamiliar. But, once readers get to know the inferences and annotations behind the names, they can see how each part of this book is perfectly connected.

You may ask, what is the connection between social justices and psychotherapy. In fact, another unique takeaway from this book is the author’s opinion on trauma treatments because of social/racial injustice. After the Holocaust, many Nazis were considered morally unhealthy and many treatments followed; however, the author thinks we should witness the sanity of these patients when they conducted those crimes. According to Neiman, proper reparation towards national trauma (especially for the perpetrators during the crimes) such as slavery in America or the Holocaust conducted by the Nazis and the continued resentment, involves facing the pain upfront and having to live with guilt and apologies instead of neutralizing the instance in history. In other words, it is facing the crimes with a strong sense of guilt.

“Imagine an America where people were ashamed to hang portraits of their Confederate ancestors in uniform or to cling to the statues that honor them. Imagine an America where the raw and brutal truth of slavery and racial terror were integrated into historical narratives of American exceptionalism. The first condition of such a transformation would be more profound” (Neiman, 311).

Thus the best ways to cope with PTSD, especially when patients are perpetrators of the crimes, are to acknowledge what they have done, to recognize that they committed the crimes with sanity instead of craziness so one can’t use mental illness as an excuse, and to feel guilty and sorry for their deeds.

This book, not quite fitting the genre of psychotherapy and trauma treatments, may be an educational book for readers who have some background knowledge with German Nazis’ histories and even German history, and for readers who have strong interest in the racial justices fields. However, if readers are not familiar with these fields, they may need to investigate the topic further on their own in order to understand this book.

That’s also one weakness of the book: it targets a special audience and requires the audience to have certain knowledge (I would say similar to expertise level of knowledge) about the field the author is talking about in order to really understand all the metaphors and comparisons. For example, you need to know who Emmett Till is and what, what ‘GDR’,‘FRG’ , and ‘Reunifications’ are in order to understand a sentence.

In conclusion, Learning from the Germans offers readers a unique reading experience through its delicate flow of examples and references, and calls on more people, especially those who are privileged and have discriminating ancestors or histories in America to learn from the Germans in order to cope with racial discriminations against African Americans. This book is relevant in terms of current politics and the current situations, with Obama being the first president of color in America, followed by Trump who exerted obvious racial discriminations towards populations of color, for example Asian Americans during coronavirus epidemic, thus providing us with a great way to start reflecting on our history in a racial lens and thus moving on with a better reparation in the future. 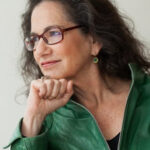 Susan Neiman is an American moral philosopher, cultural commentator and essayist. Being the director of Einstein Forum and a mother of three, she now lives in Berlin. She earned her PhD at Harvard University, and was a professor at Yale University and Tel Aviv University. Being a southern American and a Jew and having spent her life both in Israel and Berlin, her unique living experiences make her the perfect author of this book. 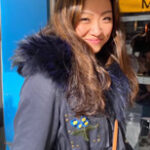 Yifan Zhang currently studies psychology at New York University as a sophomore. She interned as a clinical assistant in Zhang Shu Sheng Clinic of Neurology last summer. As a mentor for high school girls of color in NYC as well as a mentor for first-generation international students at NYU, she strives for equality and justice for all. She is passionate about music technology and social psychology, hoping to use music as a way to improve social relationships between people.