In The Inflamed Mind, Dr. Bullmore posits a new theory for the cause of depression: bodily inflammation. Guiding the reader through a timeline of medicinal practice, Bullmore synthesizes historical accounts with anecdotal references to make a compelling case for the link between inflammation and depression.

Bullmore divides the material into seven chapters. In the first two, Bullmore provides an interesting introduction to the dilemma, highlighting the problem of depression in modern psychiatry and introducing the concepts of inflammation of the mind through compelling anecdotes. Describing the inner workings of the immune system in layman’s terms, Bullmore ensures that all readers will be able to understand and follow through on the theory’s journey.

The third and fourth chapters detail the medical history of depression and medical practice itself. He describes how Cartesian Dualism outlives Descartes’ (now) antiquated philosophies to influence the way medicine is practiced today. With this, Bullmore shapes his argument that the body and mind are hopelessly intertwined and that psychiatry must break this “Cartesian divide” to take into account the effects of the central nervous system on “the mind,” breaking down the border of mental illness as purely a disorder of the psyche.

The culmination of Bullmore’s argument begins in the fifth chapter. He postulates that for many people the cause of their depression may not be a “social stressor” but rather cytokines released during bodily inflammation. He therefore suggests that the treatment for depression and MDD may not be antidepressants but anti-inflammatory drugs that combat this immune system reaction. His solution is to break medicinal separation of the mind and body and advocate for viewing of the body as an interwoven entity.

Indeed, as an alternative theory to the cause of depression, The Inflamed Mind will appeal to psychologists and general readers alike. It offers history, personal stories, and compelling discussion that come together to create a well-informed argument for a previously unconsidered origin of depression. The use of narratives and the noted lack of medical jargon makes the book accessible to readers outside of practice.

Dr. Edward Bullmore is a British neuropsychiatrist who trained in medicine at Oxford. A Professor of Psychiatry at the University of Cambridge since 1999, he was appointed Head of the Department of Psychiatry in 2014. In 2005, Dr. Bullmore became Vice-President of Experimental Medicine at GlaxoKlineSmith, where he works in clinical development for anti-inflammatory drugs for depression. 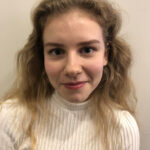 Charlotte Hutzler is a current undergraduate at New York University’s applied psychology (B.S.) program, where she focuses on child and adolescent development.She is expected to graduate May 2021. Her interests include how the academic environment shapes the growth of children and adolescents and the intersections of developmental and abnormal psychology.