Home Mind/Body/Spirit The Six Pulse Points of Well Being

The following stories come from the case histories of Joyce, Betty and James. Their names and certain information have been altered to protect their confidentiality.

Joyce spoke with a soft sweet voice. She was facing the prospect of a considerable promotion—she along with four colleagues were being considered to fill the departing chairperson’s position where they all worked as college professors. If appointed, she clearly faced a position of increased authority. The thought alone filled her with significant tension and anxiety.

Slumped on my office couch, this magnificent 43-year-old woman suffered from perpetual low self-esteem. Her childhood was scarred by a domineering, extremely strict mother. Joyce’s survival technique involved submission and acquiesce, as role modeled by her father. She became a passive, sweet helper, lest her mother hurt her sensitive feelings yet again.

She remembers elementary school and having difficulty in math. She shared that she felt guilty about asking for help. “I’d feel ashamed and my mind would go blank,” she said. Joyce’s temperament contrasted with that of her older sister’s rebellious, verbally conflictual relationship with their controlling mother. At the expense of her self-esteem and capability to be assertive, Joyce’s passive role generalized to other relationships.

Joyce had been having a recurrent dream about giving a presentation at work. Everyone showed up, but she didn’t follow through, leaving her feeling humiliation and shame. Joyce’s dreams reflected her low self-esteem, over assertiveness insecurity and anxiety over the potential promotion.

She’s not the only client I see like this. But it’s not her current feeling state that comes to the forefront but rather what belongs to the past and how to intervene to create a shift.

There are situations and events in the here and now that trigger past memories and our past responses. These memories can be conscious or unconscious. Regardless, people periodically brace (as defined as their muscles tighten) in response to these memories. Or they have enacted this brace reaction for so long, it’s now part of an unconscious habitual lifestyle. The bracing action in fact protects them; they feel comfortable, in control and protected. And they resist letting go of this unconscious paradoxical brace response (see Kisch, 2014). 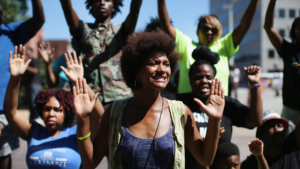 There are several problems with this bracing reaction. Neurologically it stamps bracing into neuronal networks. Biochemically it secretes stress hormones into the blood supply.
Muscularly it tightens the body feeding anxiety. Behaviorally it limits movement. Medically it creates or adds to neuromuscular problems such as arthritis. Psychologically it stamps a wound and stress into the personality.

While giving the individual the impression of strength and control, this tightening process restricts muscle movement. One can neither run as fast nor punch as hard. It maintains an unconscious message of insecurity, being not okay or damaged goods. Furthermore, if there is a muscular problem or a pain problem as a result of the brace reaction, the pain is intensified and becomes more engrained.

The brace reaction, which becomes unconscious, is actually a secondary issue. The reason for bracing in the first place, the primary issue, is long forgotten — pushed further down into the unconscious. The primary cause is lost and consciously forgotten. Laced into the unconscious personality structure it becomes intensified. The individual then consciously focuses on the secondary issue, on the somatic aches and pains, anxiety, or some dreaded or depressive fears.

Betty was referred by a speech pathologist treating her dysphonia (muscle tension in the vocal cords) that had been going on for a year. At times Betty felt as if her throat was getting tight and she was choking and couldn’t get words out of her mouth. Psychotherapy revealed Betty’s critical, punitive father who wanted her to recite the multiplication tables when she was age five. When she was unable to do this, he pronounced, “You will be a failure the rest of your life!” Betty always had to have 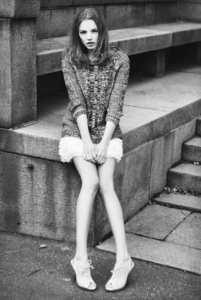 an answer. She couldn’t say, “I don’t know.” She couldn’t live up to her father’s standards. As a child she pulled her hair, hit herself in the head, did anything to hurt herself in order to deflect the emotional pain inside. Her father was a plumber and Betty achieved a master’s degree. Nevertheless, she constantly felt that she had to do more. In psychotherapy, she sat with her feet turned in, pigeon toed, and her knees braced. Her breath became held and shallow when she talked of her concerns.

Practitioners see clients because they come in for treatment with their presenting problem. They have depression over a loss. Their anxiety leaves them unable to drive in heavy traffic. They are grievous over a romantic break-up. They obsess over insecurity. There is a perpetual return to their symptom. As they do, they ignore the underlying problem and it remains unidentified and unresolved. But the presenting problem is the consequence of an ineffectual strategy created in attempt to address or avoid the underlying problem. These strategies often date back to childhood or adolescence or some traumatic event when there was insufficient knowledge, skills or resources to address the problem. They are then generalized to other situations. Courage, internal strength, persistence and often external support are necessary to overcome these problems.

James, an 18-year-old college freshman, was referred by his mother after he had “an emotional breakdown.” This followed a final break-up with Jane, his girlfriend of one year. James was particularly sensitive to the issue of loss. He was a good student, an athlete with a tight muscular body. Jane came from an unhealthy family and like James had poor self-esteem. Neither one had problem-solving skills.

They had had many fights and “break-up” was their perpetual resolution.

Following their last break-up, when Jane showed up in class, she talked loudly about the parties she had gone to and the young men with whom she was hanging out (unfortunately James and Jane shared a number of classes). This was emotionally devastating for James who admitted to being “jealous.”

As James shared his psychosocial history, he indicated that his father abandoned his mother before his birth. “He was not ready to be a father,” James explained. James met his father, who now lives in a different state, when he was 10 years of age. He said of his father, “He is old school — not an emotional person.” The mother never married and James never had a healthy male role model.

The Six Pulse Points of Wellbeing

Picture for the character named Bette by Froseth Photography. Retrieved from Pinterest.com