Home Book Reviews The Weirdest People in the World: How the West Became Psychologically Peculiar...

What is WEIRD? WEIRD is an acronym for Western, Educated, Industrialised, Rich and Democratic. Henrich and his colleagues coined it about a decade ago in their seminal paper, “The Weirdest People In the World”, written in order to shed light on the over-reliance of predominantly white American undergraduates as subjects in psychological research. He critiqued the use as flawed and biased, and further posited the WEIRD population as vastly psychologically different to other populations. WEIRD societies tend to be more individualistic, independent, and analytically minded as well as being less conformist, obedient and nepotistic compared to other societies around the world. In fact, WEIRD samples consistently lie at the extreme ends of psychological global distributions but make up the majority of participants in psychological research- showcasing why most research should not and cannot be generalised to everyone around the world. This book follows on from that paper and deepens the research by providing a theory that aims to explain global psychological variation and address how WEIRD societies have ended up where they are now- “particularly prosperous”.

The theory is ambitious. Henrich proposes that a certain religious belief of the Middle Ages was a key factor in shaping and promoting WEIRDer psychologies in Europe, gradually leading to a shift in creation of new institutions, law, and government. Notably, Henrich’s theory integrates a variety of disciplines in its understanding of the interaction between social structure and psychological change. By combining several fields, ranging from anthropology to history and psychology, along with detailed case studies within each chapter, Henrich creates a convincing argument. He begins by centering his narrative around the institution of the family. Drawing upon Anthropology’s emphasis on the importance of kinship, Henrich states that kinship intensity varies as societies develop and become more complex. Following this, based on historical accounts, Henrich shows that a branch of western Christianity, which later morphed into the Roman Catholic Church, began to adopt new marriage policies and prohibitions. This led to a complete reformation of the family and broke down kin-based institutions, resulting in a new form of social organisation: the isolated, monogamous nuclear family. As European family structures became increasingly independent, governing law also followed suit and became more centred on the individual. These laws then began to shape the social environment.

Henrich makes a compelling case for contextual importance, especially within academia. Through case studies, he details the significance of cultural evolution on an individual’s psychology and conversely, the danger of not factoring this context into the larger social consciousness of policy and research. Personally, this is the biggest takeaway from his book. Henrich provides an analogy. Psychologists study the ‘hardware of the computer’ and sociologists study the ‘software’ that is downloaded into our psychological ‘hardware’. This two-way system doesn’t account for the coevolution between psychology and the social/cultural environment, resulting in the study of psychology that Henrich deems is lacking. Through several studies, particularly those of immigrant children, Henrich shows that psychology is influenced not only by the environment but also by the “ghost of past institutions” and past ancestry, further exemplifying why the study of psychology is incomplete without considering how the minds of a society have been shaped by cultural evolution.

In conclusion, The WEIRDest People in the World is a relevant and important read. In its breadth and comprehension of a complex subject, Henrich’s interdisciplinary approach to his research shines. As the world moves towards understanding diversity, Henrich shows the value in not only recognising the variance in how individuals think and react to their environment but also, understanding the reasons as to why. 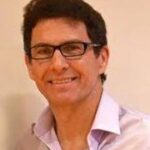 Joseph Henrich is a professor of Human Evolutionary Biology at Harvard University, and Chair of the Department. His theoretical work explores how natural selection has shaped human learning and psychology, then influencing cultural evolutionary processes. Henrich’s areas of focus include cultural learning, sociality, co-operation, social norms, leadership, and religion. 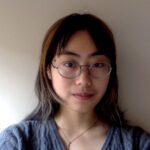 Lily Wu is a psychology graduate from New York University and has interned at NYU’s ROSES Program. She writes reviews for Somatic Psychotherapy Today.