Sandra is one of those delightful clients who see therapy as integral to life’s journey. Now retired and in her mid-sixties, Sandra has worked on residuals of childhood trauma, health related issues, and various circumstantial and existential personal problems.

I have seen Sandra through family crises, car accidents, and a variety of health concerns. After surviving each event Sandra has emerged more psychologically integrated and more spiritually connected. From day one I’ve been impressed with Sandra’s courage and her shining spirit, inner strengths that fund her ability to adapt to and overcome difficulties.

However, on a certain cold, misty afternoon in early spring, Sandra came in as overcast as the day. In fact there was reason to be worried.

“Things aren’t coming out quite right.” She announced,

“I’m assuming you’re referring to the art project you’ve been working on.”

“Not exactly.” Sandra turned her head and looked sideways under one raised brow, a nervous smile at the edges of her eyes. “Actually, it’s a bit more personal.”

“My doctor says maybe a blockage; but they don’t know. I have to have a medical procedure to find out; and I’m pretty scared.”

“Oh indeed, those tests are unpleasant.”

“I can handle the test. I’ve been tested a lot and handled a lot; but this is different, more serious, more frightening. Because at my age it could be—you know—something.”

“Yes, it could be something, although that has yet to be proven. Regardless, fear is a reasonable response, understandable. How can I help?”

“I need to get through the anxiety for the next couple weeks until the test. But I’m not sure how you can help.”

I was not sure either. As much as I would have liked to, I could not ethically reassure Sandra of what had not yet been determined. Maybe positive cognitive restructuring could provide stress relief. A light trance spiced with some visualization might be useful. There were a number of worthy clinical possibilities whirling through my mind in the few fertile seconds of my silence.

Then, in an intuitive flash, information twirled in like circles and angles in a kaleidoscope, giving shape to something creative, and possibly helpful. Let me explain.

As I’d mentioned in my last month’s blog, I’ve been intrigued by a burgeoning professional interest in the more ephemeral aspects of the healing arts as appropriate additions to the therapeutic toolbox. I am delighted with the way alternatives to basic algorithmic clinical schemas resonate with an Ericksonian approach. From this thinking, two important intuitions emerged.

First, I remembered one of the conclusions in Scott Miller and Mark Hubbell’s research published in their article “How Psychotherapy Lost Its Magick.”

Even the most perfunctory examination of the history of healing—across all cultures—reveals that it was once infused with wonder and mystery. Maladies of the body, heart, and soul were thought to result from the actions of otherworldly forces. Relief, recovery, and a return to health required the intercession of one who could move between the physical and supernatural realms. The success of the “treatments” depended on gaining access to powers inaccessible in the natural world.

Second, I had a flash memory about the way Milton Erickson created “limbic resonance,” with his clients.

By intentionally and mindfully using this process of “limbic resonance,” . . . Erickson was able to enter a person’s interior consciousness, expand it and relocate it within a more vast, resourceful field of which he was a part, and then work within this healing field for therapeutic purposes.

With her daily spiritual practice, a belief in a mind-body view of health and validation of the psychic dimension of the unconscious mind, perhaps Sandra would be open to an exercise a little out of the box, but definitely within my mind/body and somatic sensing toolkit.

“Sandra, we both believe in the potentials of healing at the inner level of the body/mind, psychic healing, if you will.”

“I have an idea. My late uncle was chief of staff at a local hospital in a large Massachusetts city. He was my doctor when I was little. He came to the house and had lollipops in his bag. We loved him. Now, I channel him for help in situations not unlike yours. I’d like him invite him to make a house call and do some healing while you’re in trance. Is that too far out?”

“Not for me!” Sandra replied, the light coming back to her eyes.

Comfortably induced into a light trance state, Sandra reclined on the couch as I suggested that we imagine Uncle Abe to bring universal healing energy in his doctor bag.

“You can begin to feeling this healing energy becoming resonant with your breathing and blending perfectly to each of our personal natural physical rhythms. I suggested that energetic potency could be imagined as being in the healing hands of Uncle Abe; that they could be placed in exactly the right spot to harmonize all somatic systems.

“Imagine that healing energy can flow through you, through us, correcting whatever needs to be corrected.”

After a moment or two, Sandra’s eyes opened and gently smiling, she reported a comforting tingling sensation all over her body and relief from anxiety. After anchoring the felt sense of relief and comfort into Sandra’s body, she was brought out of trance.

Sandra left feeling lighter, her face brighter. Two weeks later, she reported in. It wasn’t anything, but something still was not right. The symptom persisted.

During our next session I suggested to Sandra during trance to remember Uncle Abe’s healing while considering what needed to be digested and appropriately eliminated in her life. As before, Sandra affirmed feeling less worried and more at peace.

A few days later I received another call. Sandra reported that since our session she’d been addressing some things overdue for attention. With a smile in her voice, Sandra added, “By the way, you’ll be pleased—since I’ve been doing this, things have been coming out exactly the way they’re supposed to. I’m going out to buy some lollipops!” 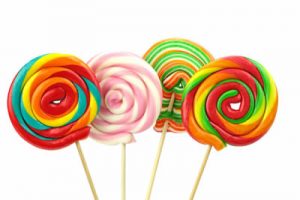 Bette J. Freedson, LCSW is a clinical social worker, certified group psychotherapist, and the author of Soul Mothers’ Wisdom: Seven Insights for the Single Mother. Bette’s specialties include stress management, parenting issues, recovery from trauma and the development of intuitive insight. She maintains a private practice in southern Maine with her husband, Ray Amidon, LMFT.