Can you truly present a picture of a person, on a page, when the dimensionality of the being moves beyond the here and now, expands beyond the human container of skin and bones into the expanse of all cellular energy, where dualities shape the singular organism?

No, not really, but one can share snapshots of a woman who has contributed much to the field of body psychotherapy, who has had an impact on many therapists’ lives and on countless clients’ lives. From dancer to sitter, from mother to teacher, from self to other, Judyth O. Weaver brings her essence into this life in wondrous ways.

On Being Noticed: Getting an Award

When Karen Roller, secretary from the United States Association for Body Psychotherapy (USABP), first contacted Weaver to let her know she was this year’s Life Time Achievement Award recipient, Weaver replied quite honestly, “Why?”

Talking about the distinguished award, Weaver shared that in her recollection past awardees were people who had created schools or methodologies like Stanley Keleman, Ilana Rubenfeld (the only other female recipient), Peter Levine, John Pierrakos, Alexander Lowen and so on. In her own humble way, Weaver said, “I’ve just been putzing along doing work I saw needed to be done and tried to do it. There were holes that needed to be closed.”

Filling holes. Completing the incomplete. Finding stillness in movement, formlessness within form. Weaver has a knack for bringing seemingly disparate aspects into a cohesive whole. At age 79, Weaver says that in Asia they count age differently, giving the person credit for the life before birth too, so in Japan she would be 80 now.

Weaver shared that she had an abusive childhood—she was not allowed to move and what she really wanted was movement. At age 17 she went to New York to be a dancer. “I studied dance and also Asian culture…mostly the philosophy. As an unhappy child I searched for answers as to why I was here. What am I supposed to do? Different Western religions and philosophies gave me answers that I could not accept. When I studied Taoism and Buddhism it gave me no answers but told me that since I was here, to do the best I could. That I could understand and accept. I wanted to go to Asia and study more deeply. I was interested in China, but it was closed to Americans at that time. India was too far, and Tibet, well I just wasn’t sure where it was, so I focused on going to Japan. I went there in 1965 and studied movement, all kinds—kabuki and noh (both classical dance-dramas), tea ceremony, etc.”

“After a year of studying the dance, etc., I went to a Zen Buddhist monastery and asked to be accepted. I was so passionate about wanting to stay there and study I forgot at that point that I was Caucasian, and I was a woman. This was a traditional Japanese, male enclave. ‘Grace’ and an enlightened teacher allowed me to stay.”

“When the Zen master asked me what I had done in the U.S. and I told him I had been a dancer, he smiled and said, ‘Now you will learn the highest form of dance, movementless dance.’”

Weaver laughed and admitted that while sitting on the cushion, supposedly in deep meditation, she had choreographed the best dance she ever did, in her head. She eventually performed it in Japan and in the United States. After three years abroad, 2 ½ years in Japan and half a year in Mexico where she started a Zen center with a Zen monk friend from Japan, Weaver returned to the United States. 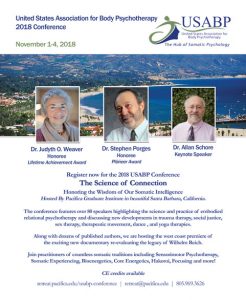 Human Baby, Human Being: Contributions from the Emerging Field of Pre and Perinatal Psychology