A Reflection by Bonnie Zindel

Writing on the Moon is fifteen years in the making and it is about imagination and originality—two crucial elements in our creative life—and the ability to magically rearrange memories and emotions that have been stored away in some deep and ‘unworded’ place. Young children have direct access to their creative unconscious and touch of wonderment. But many of us lose some of that ability as we get older and become more constrained and concrete— and perhaps frightened of that playful part of ourselves.

When I was a young girl I would spend hours in my large walk-in closet, playing with my imagination. I would put on my glasses and my wooly cape, and I would make up stories of traveling across the desert to live in a small Bedouin town, selling exotic perfumes. Or turning jewels into meteor showers. I would consult elders about secret watering holes, which led to narrow trails and berry patches. The elders scratched a map in the dirt and showed me where quicksand hid and monsters lurked.

When I returned to my room and put on my wide-awake hat, hours had passed. And in that slip of time, I had entered the timeless place of creativity. I did not know it then but I was in a sacred place—my creative unconscious—where things rattle deep inside; a place of plaster and clay, of warm pools of humanity, all beyond my conscious knowing. 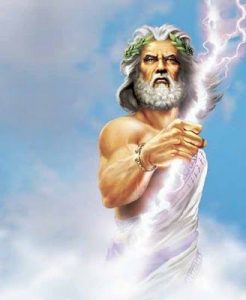 Another important step came in my junior year in high school when Mrs. Lave took me out of Miss Nehren’s geometry class, where I couldn’t tell the difference between a hypotenuse and a trapezoid, and put me in a new class she was forming on mythology. There I had no trouble remembering which goddess turned into a flower, and the names of all the gods and demi-gods on Mt Olympus. These days, I like to remember that the gods are far from perfect. If I put Zeus on the couch, I would learn about his unusual traumatic birth, springing from the head of Crones, his difficult childhood filled with danger, a stormy and jealous union with his wife, Hera—when angry, he would hurl thunderbolts.

After college where I majored in psychology, I started writing plays, screenplays and novels. I would ask my creative unconscious for help, but it refused to be cajoled or yield to demand. Then when I would least expect it, a new idea would appear in all its glory, and I would stop what I was doing and listen. To make an apple pie from scratch, you must first invent the universe, said Carl Sagan, an astrophysicist. Each time you are creative, you must start from scratch.

Much of the content of Bonnie’s reflection was originally published in Writing on the Moon: Stories and Poetry from the Creative Unconscious by Psychoanalysts and Others, edited by Bonnie Zindel (published by Karnac Books in 2017), and is reprinted with kind permission of Karnac Books.

Image of Zeus retrieved from https://www.pinterest.com/explore/zeus-father/?lp=true 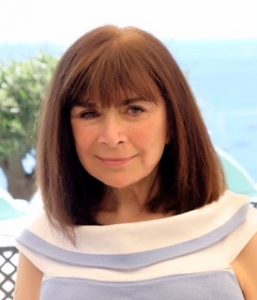 Bonnie Zindel, LCSW, is a psychoanalyst in private practice in New York. She is a faculty member, supervisor, and training analyst at the National Institute for the Psychotherapies. A founding editor and creative literary editor of Psychoanalytic Perspectives, she is the author of numerous articles on creativity. She is the author of “A Bird that Thunders: An Analysis of Emmanuel Ghent”, in Clinical Implications of the Psychoanalyst’s Life Experience (Routledge, 2013). Bonnie has conducted writing groups for psychotherapists for over twenty years and has conducted writing workshops at international conferences in Rome, Madrid, and San Francisco. The New York Times said, She runs what may be the most nurturing writing group on the literary scene.” A playwright and novelist (HarperCollins, Viking, Bodley Head), Bonnie is a former member of the Actors Studio Playwrights Unit. She has most recently written a plan, My Simone, based on the life of Simone de Beauvior, which was recently performed in New York.